Why HR must be based on evidence, science and international standards

By Personnel Today on 13 May 2013 in Evidence-based management, Working life, HR strategy, The HR profession, Opinion 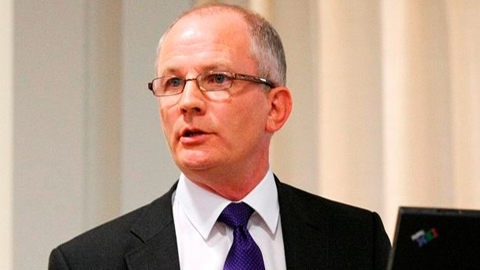 In the second of a three-part series based on Professional HR: Evidence-Based People Management and Development, author and HR consultant Paul Kearns explains why focusing on evidence-based methods is necessary to bring the HR profession into the modern age.

In part 1 of this series, a case was made for putting HR on the same professional footing as medicine. This means that the OH profession needs to become evidence-based. For example, what evidence do you have to support basic HR practices such as job evaluation and grading? Do you have any evidence that this is beneficial to your organisation?

Anyone who has used the conventional Hay scheme is likely to find that it can add a great deal of cost in terms of both extra salary bill and administration. So what does the organisation get in return? Does it make the workforce more productive? If you think job evaluated grading can do no harm, then consider whether rigid grading structures aid organisational flexibility, adaptability and provide a sound basis for innovation. The answer is that they probably do not.

The reason the evidence-based management (EBM) movement is growing is because we all witness inferior management practices every day. What was regarded as “effective” management yesterday is found wanting under the greater strains imposed by the pressures of a global economy.

Evidence-based managers challenge HR management conventions, such as competence frameworks and performance review processes, rather than accept them without question. They not only want the theories backed up with clear research evidence, they want to make sure they can provide evidence that their methods are working in practice.

This means HR and learning and development (L&D) have to become more “scientific” – but they do not have to be perfect scientists. Absolute proof is not usually required, only the same quality of evidence as you would get from your doctor. This means a practice is based on accurately diagnosing the organisation’s ailments and offering the highest probability of the most effective cure.

It’s all about the evidence

If you are not up to speed with the world of EBM, the first lesson is that the key word here is “based”. For example, L&D readers who want to be evidence-based will have to present proof of an existing or likely problem before they design any programmes. As soon as you apply this principle to management and leadership development, you will realise the full implications of EBM. Where is your evidence that talent management is a problem for your organisation? If it is not a problem, then why are you doing it?

Professor Jeffrey Pfeffer, the highly respected academic and author of Hard Facts, Dangerous Half-Truths and Total Nonsense: Profiting from Evidence-Based Management has concluded, after much research: “That’s the state of play in human resources today, mindless imitation of what others are doing.”

Academics impose upon themselves the rigorous discipline of the scientific method for their research. The scientific method demands that a strict sequence of questions is followed. This can easily be adapted to all HR and L&D practice. Any management decision, though, has to be based on evidence relating to specific evidence, in your organisation’s own specific context, with specific people – not as a generic formula.

The scientific method always starts with an intelligent question (for example, what is the biggest problem facing this organisation?) followed by data gathering (for example, project over-runs, excessive costs or declining sales). Once the relevant data is in place, you can start to construct a hypothesis to explain what might be going wrong.

Then you test the hypothesis. For example, one cause of project over-runs might simply be over-ambitious project times. So you ask project teams whether they ever accepted the timescales they were originally given and then experiment with a new project team where they are allowed to set their own project time estimate. Once the results are in, you then analyse the data and start to draw some, possibly tentative, conclusions – just as a doctor might try several treatments before they are satisfied they have found the most effective prescription.

The scientific method is not magic, but the big breakthrough in management will come when people management decisions are made more scientifically rather than through ill-considered, off-the-shelf HR and training practices that have been copied from everyone else. Evidence-based management, by definition, is the most intelligent and most mature form of management.

One other relatively recent but complementary development is the setting up of a new ISO Technical Committee (260) to establish internationally recognised standards in the worlds of HR and L&D. From a professional perspective, evidence and standard setting go hand in hand. Together they should start to put real HR and L&D professionals on a par with any other profession.