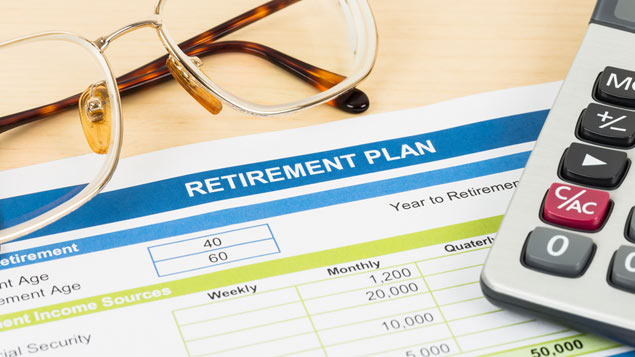 There is a significant knowledge gap when it comes to preparing for later life and employers have a key role to play in helping employees plan for their retirement. Sheetal Dhanuka looks at why offering pensions advice is not only good for society, but also business.

In our post-final salary world where retirement anxiety is affecting staff productivity, decisions about providing pensions advice to an ageing population will have a major impact on the bottom line for businesses across Britain – and society as a whole.

The evidence is clear. The vast majority of workers have not made adequate plans for retirement, yet the onus is now placed firmly upon them rather than the government or employers to decide how and when to retire.

Staff are faced with life-changing choices, and they are incredibly worried about it. Almost two thirds of them – 64% in a 2019 Close Brothers Asset Management survey of 5,003 employees and 1,003 employers – said they do not feel prepared for retirement. Nearly everyone, 94%, said they have money worries and 77% said it affects them at work.

Most concerning of all is the fact that a fifth (19%) of employers reported higher absences as a result, and more than a fifth (22%) said it reduced productivity.

Yet this costly employee anxiety is the tip of the iceberg. Employers need to face up to the bigger issues of staff retention and an ageing population.

The number of people deemed to be of “traditional” working age is set to drop significantly. Despite seven million new workers entering the workforce in the next decade, a further 10 million could leave due to retirement, according to Aviva’s analysis of Office for National Statistics data in November 2019. This would lead to a staff shortage of up to three million workers.

Employers could find themselves struggling to meet business needs while trying to hire new staff, resulting in wage inflation, unless they find new ways to retain talent. A major factor in staff retention will be whether they choose to do more to help staff prepare for retirement.

The first step is communication. Unless there is a dialogue about retirement, staff continue to suffer in silence while employers have little chance of planning adequately and avoiding huge hiring costs. But strict legislation means they cannot simply ask staff when they plan to retire.

Offering an employee pensions advice empowers them to make the right choices, helps address their financial anxieties – boosting productivity in the process – and also encourages a culture where they feel relaxed enough to initiate a conversation about their plans.

Once staff begin to open up about their pensions, people no longer disappear into retirement unexpectedly. Thanks to a new trend toward phased retirement, whereby people gradually reduce their working hours rather than immediately leaving the business, staff shortages and costly hiring issues can be avoided.

Phased retirement does not have to mean doing less of the same job. It often means switching to a slightly different and more senior role for two or three days per week instead.

This was historically more common for self-employed people in professions where they could manage their own hours, but this idea is going mainstream now as a viable approach. People are increasingly choosing to work full time all the way up to the age of 70 and then phasing for years after that.

Unless there is a dialogue about retirement, staff continue to suffer in silence while employers have little chance of planning adequately and avoiding huge hiring costs.”

Offering pensions advice can also help build staff loyalty. Salary is still obviously important, but the trend is now towards other factors such as creating a positive perception of the benefits package offered by employers.

Perception is the key word here. People want to feel that, along with paying them a competitive salary, their company looks after them. Yet although employers are often putting huge resources into pensions and preparing employees for retirement, their staff often don’t understand it and as a result they do not value it.

By providing advice, we can help unlock the perception of value in the employer’s pension provision. There is already an implicit expectation that the employer should be offering such advice. People generally trust that their employer will look after them more than organisations that simply want to sell them a financial product, and trust is a big deal in the financial services industry.

A Citizens Advice-commissioned ComRes survey of 1,386 UK adults aged 50 or over who were not yet retired found that people would be just as likely to ask their employer (13%) for advice on how to withdraw pensions savings as they would family and friends (13%) and were less likely to approach their bank (10%).

The report states: “Employers play a key role in offering a pension and communicating with employees. We observed a feeling that an employer’s recommendation is trusted, particularly if they are paying into the pension as well.”

There are also financial benefits for both employers and staff in offering pensions advice at work. The pensions advice allowance launched by the government in 2017 allows employers to fund or reimburse the first £500 per year of advice for each employee as a tax-exempt benefit through a salary sacrifice arrangement, and staff to save up to £310 on fees each year depending on their income tax rate.

But, putting aside the purely business-related motivations for offering staff pensions advice, it is worth considering the societal benefits of offering people the chance to be employed in meaningful, purposeful roles in later life. People are living longer than ever yet almost three-quarters (73%) of older people in the UK feel lonely according to a survey carried out for the Jo Cox Commission on Loneliness in 2017.

Working later into life addresses this issue because there is plenty of social interaction, mental stimulation and greater emotional wellbeing as a result. Conversely, a major study of 3,400 retired civil servants over a 30 year period published by University College London and Kings College London found that brain function declines rapidly as soon as people stop work – with short-term memory declining almost 40% faster once employees become pensioners.

In a time of major change in the retirement industry, businesses across Britain must grasp the opportunity to offer pensions advice and adapt their retention and hiring strategies accordingly – not only because it affects profit but also because it is the right thing to do for our ageing society.