Will the apprenticeship levy mean smaller businesses lose out? 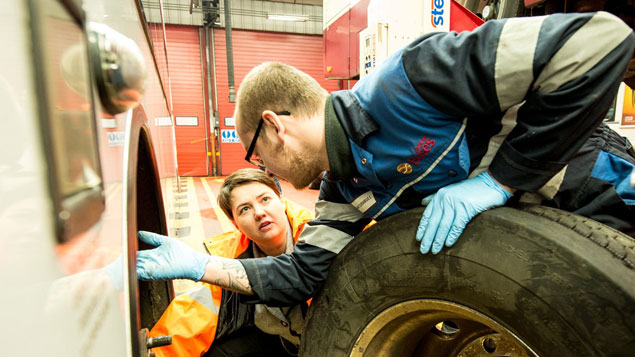 It is the Government’s flagship policy to fix the UK’s skills problem, a well-intentioned “tax” on employers to raise £3 billion and create 3 million new apprenticeship starts.

But the apprenticeship levy, due to take effect on 6 April, could end up being “fairer” to some employers than others or risk failing to achieve its goals, if the Government does not clarify a number of issues.

How will an employer be able to access funding from the apprenticeship levy?

When the levy was first announced in 2015, the (then) Chancellor George Osborne said businesses would “get back more than they put in”, but that smaller, non-levy paying businesses could also benefit from funding by a system of “co-investment” where the employer pays 10% and the Government covers the other 90% of the cost of training.

Unlike levy-payers, however, smaller companies arguably face a more complex route to gaining this investment, including having to negotiate contracts with training providers to secure the limited amount of funding on offer.

Furthermore, confusion around their entitlements has led many smaller businesses to think “if they don’t pay it, then it’s nothing to do with them”, according to Gemma Tumelty of HR consultancy The HR Dept.

She says: “Many small businesses are so busy doing their job, what they’re good at, that they don’t look into what’s available to them and whether they can access additional funding. The Government has not confirmed exactly how much will be made available to non levy-payers, so many of them feel they’re unlikely to get anything.”

Mark Dawe, chief executive of the Association of Employment and Learning Providers (AELP), agrees that smaller businesses could end up losing out in the longer term.

He predicts that most of the funding raised by the levy – which will only be paid by those with a wage bill of more than £3 million but is designed to offer wider access to training for all employers – will be swallowed up by larger companies fighting to get a return on their investment.

The levy will raise less money and stimulate training less in the areas that need it most – the regions hit hardest by de-industrialisation, which suffer from low levels of qualification, low productivity and low pay” – IPPR

Dawe explains that many levy payers will take advantage of the wide range of occupations covered by apprenticeships, for example management training, to expand the types of apprenticeship they offer and therefore reaping back what they’ve put in.

Others will consider shifting the emphasis of their entry-level recruitment away from graduates to school leavers, or effectively “re-badge” existing training as apprenticeship schemes to qualify for a share of the levy “pot”.

Kate Arnott, of accountancy firm MHA MacIntyre Hudson, says that the levy is “adding further layers of confusion and many businesses will struggle to take out as much as they put in”.

For levy-paying employers, the way the new funding model will work is relatively straightforward. Each levy-paying employer receives a £15,000 allowance to offset against payments. After calculating 0.5% of the annual salary bill, £15,000 is taken out and the apprenticeship training budget is what is left in their Digital Apprenticeship Service account, which they can access online.

Until 2018 at least, non-levy payers will not have access to the Digital Apprenticeship Service, and will have to apply for levy funding through a training provider. Every individual apprenticeship framework and standard is allocated a funding band, and the upper limit of the funding band will cap the maximum price that Government will “co-invest” towards.

“It’s ambiguous and complicated; larger employers do have an advantage not having to negotiate all this with a training provider,” Arnott adds.

Thinktank the Institute for Public Policy Research (IPPR) believes this could also create regional disparity in how people access training. It says that the levy will stimulate training most in London and the South East, as these regions have 38% of the UK’s large businesses (who will pay the levy), but only 27% of the population.

“The levy will raise less money, and stimulate training less, in the areas that need it most – the regions hit hardest by de-industrialisation, which suffer from low levels of qualification, low productivity and low pay,” it claims.

Furthermore, under these “co-investment” rules, levy-paying organisations that use up all the funds in their account can also apply for the Government to subsidise training.

According to the Government’s funding guidelines: “If you pay the levy, you may find that over the course of an apprenticeship the funds in your account aren’t enough to cover the full cost of the apprenticeship training and assessment you’d like to buy.

It’s ambiguous and complicated; larger employers do have an advantage not having to negotiate all this with a training provider” – Kate Arnott, MHA MacIntyre Hudson

“This may be the case for employers who only pay a small amount of levy or have a variable pay bill and pay the levy in some months but not others.

“Where the monthly cost of apprenticeship training cannot be fully met by funds from your digital account (because there are insufficient funds), you must co-invest 10% of the outstanding balance for that month. The Government will pay the remaining 90% up to the funding band maximum.”

Dawe worries that employers “topping up” their training by accessing co-investment could be an additional drain on available levy funds.

“I think in years one and two there will be spare levy that’s not used,” he explains. “We’re hearing that in some sectors employers will overspend by 10%, which means that they get a further 90% in matched funding from the Government.”

Dawe estimates that smaller businesses currently access around £1 billion of apprenticeship training funding from the Government, and AELP is campaigning for the Department for Education to ring-fence this amount of funding so it is kept available to non-levy payers.

But these figures contradict a recent study by the Institute of Fiscal Studies, which in January suggested Government spending on apprenticeships could be much lower after the levy is introduced, only reaching £640 million for all apprenticeships between 2016 and 2019/20.

Dawe is concerned that if the Government does not guarantee this funding, it may not achieve its broad goals of opening up access to apprenticeships and creating greater social mobility. “Smaller businesses tend to be the biggest deliverers of ‘first steps’ apprenticeships [Levels 1 and 2], and we could see access to these affected too,” he adds.

Whether these predictions come true or not, the confusion around entitlements and obligations – just weeks before the levy regulations come into force – could mean access to skills may not end up being as equitable as the Government would have liked.