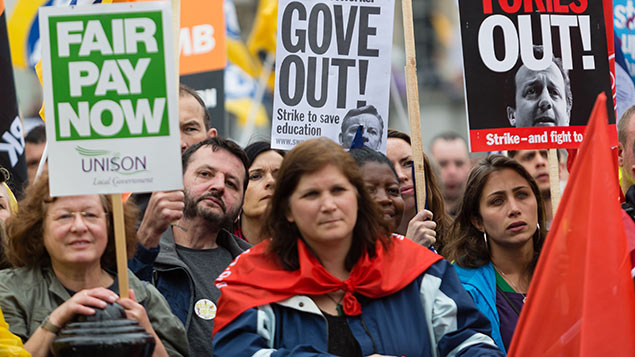 The level of pay rises across the economy has been low for some time. The latest figures from pay analysts at XpertHR reveal that the median pay award in the year to the end of August 2014 stood at just 2%, unchanged on the same period a year earlier.

But the headline findings do mask some variation when the data is analysed by industrial sector – most notably between the public and private sectors. Across the public sector, basic pay awards are pitched at just 1%, while employees in the private sector saw increases of 2%.

Delving a little deeper, however, uncovers that there are some sectors to target if you are looking for an above-average pay rise.

XpertHR data is available for 14 industries within the private sector, and shows that the highest pay awards – at a median 2.7% – were in the electricity, gas and water, and transport sectors.

It is the services sector that is lagging behind, the data shows. The professional and business services, retail and hotels, catering and leisure sectors have all recorded pay awards at 2%.

The lowest paid workers, however, will receive a 3% boost to their wages from next week when the national minimum wage increases from £6.31 to £6.50 an hour. Labour leader Ed Miliband announced at its September conference that his party would go further than this and “raise the minimum wage by £1.50 an hour by 2020”. However, if the minimum wage rose by 3% each year from 2015 to 2020 it would stand close to this, at £7.76 in October 2020. And the Low Pay Commission has already said that it intends to continue to restore the real value of the minimum wage as the economy improves, so we may well see higher increases in the minimum wage over the next few years anyway.

Whatever the speed of wage growth over the next few years, we are all responsible, said Bank of England governor Mark Carney when he spoke to the TUC at the beginning of the month: “Trade unions, government and businesses will determine the potential of this economy. You will ultimately determine the size of Britain’s pay rise.”