Should the UK introduce women-only shortlists for board positions? 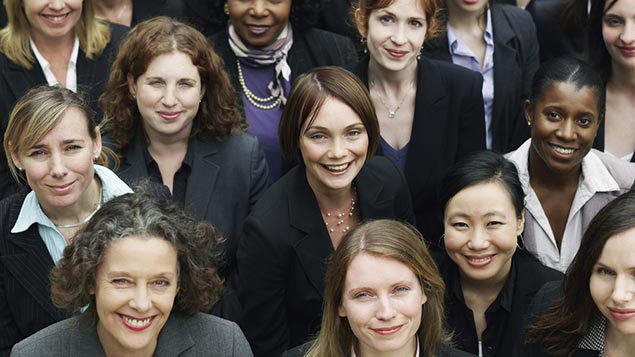 The lack of women occupying top spots in UK business is in the spotlight again, as business secretary Vince Cable has asked the Equality and Human Rights Commission for advice on the lawfulness of women-only shortlists. Employment solicitor Laurence O’Neill and trainee solicitor Nizmeara Khatun explore whether women-only shortlists are the best way to address the issue of gender equality in the boardroom.

The argument about gender inequality on UK boards is based on the simple fact that there are still disproportionately fewer women in such positions than men. In his first report (commissioned by the Department for Business, Innovation and Skills) entitled “Women on Boards”, Lord Davies found that in 2011 only 12.5% of directors on the boards of FTSE 100 companies were women. In FTSE 250 companies that number was just 7.8%.

Partly as a result of a voluntary code adopted by executive search firms following Lord Davies’ first report, by the date of his fourth report, published in March 2014, those numbers were 20.7% and 15.6% respectively. This increase suggests that the Government might achieve its stated aim of 25% female representation on FTSE 100 boards by 2015.

These statistics, however, still reflect an overwhelming male bias and belie the fact that the pace of real change is slow. For example, the majority of female appointments since 2011 have been to non-exec positions; fewer than 7% of executive directorships are currently held by women.

There is a general consensus that women are good for boards. For seven years, in its annual report “Women Matter”, management consultancy McKinsey & Company has highlighted that companies with a “critical mass” of female executives outperform those with no women in top management positions. That finding is supported by a raft of other evidence that gender inclusion makes economic, business and social sense.

On whether or not to force change on UK business, however, opinion is divided. In one camp there are voices, such as barrister Cherie Booth QC, who support the idea of mandatory quotas. In the other are those, such as UK fund manager Helena Morrissey CBE, who argue that forcing change would just be substituting one form of discrimination for another and that meaningful change must happen organically with businesses learning over time to recognise the commercial benefits of diversely composed boards.

There is certainly some strength in the argument that change should come organically. The trouble with organic change, however, is that it is slow. The glass ceiling, or “leaky pipeline” as McKinsey has it, sees more and more women fall out of contention for the top jobs as they progress through the ranks. Chief among the reasons are familiar issues relating to maternity, including time off and flexible working, which place women at a disadvantage. While some legislative progress is being made in such areas in the UK – such as extending the right to request flexible working to all and introducing a system of shared parental leave – the pace of change is slow. Lord Davies predicted it would take some 70 years before boardroom equality would be achieved organically.

Faced with inequality in UK boardrooms until the 2080s, it makes business sense to enforce change through compulsory women-only shortlists and quotas. In Norway the Government’s objective of achieving 40% representation of women on boards was achieved only after serious sanctions – including compulsory dissolution – were imposed for non-compliant companies. The Norwegian experience is reflected in a proposed EU Directive likely to be implemented by the UK in 2016, which sets the target that 40% of non-executive directors of listed companies should be women by January 2020. Sanctions for non-compliance will include fines, annulments and exclusions from tendering for public service contracts.

Positive action in recruitment and promotion

Currently, UK law permits some positive discrimination allowing employers to prefer women over men for jobs where they are “as qualified as” each other, but where women are under-represented in the workforce. Because of the confusion over what “as qualified as” means, this provision is rarely relied upon and Cable is likely to be advised that, currently, women-only shortlists are risky at best and unlawful at worst. Nevertheless, at least for women employed in listed companies, it appears that, with the EU compulsory targets just around the corner and increasing calls for an accelerated pace of change, we will see some positive attempts to dismantle the glass ceiling (or plug the leaky pipes), which may necessitate the use of such controversial measures as women-only shortlists.

About Laurence O’Neill and Nizmeara Khatun

One Response to Should the UK introduce women-only shortlists for board positions?