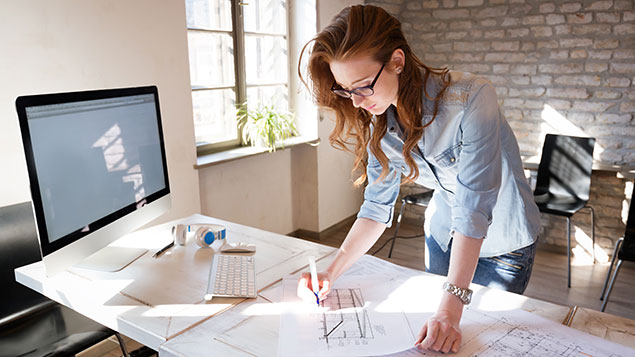 A union has been formed specifically to represent architects who, say its founders, work in an industry awash with poor workplace practice.

The union, set up last week, is a section of United Voices of the World, the London-based grassroots movement representing workers in low-wage industries, many of whom operate in outsourced companies.

University staff to strike over pensions and pay

Apply for an injunction to prevent industrial action from going ahead

Among the union’s primary aims is to attack the long hours culture by stopping architectural employers from asking workers to sign opt-out agreements thus losing their rights under Working Time Regulations.

Earlier this year, a survey by the Architects’ Journal found that 24% of architects had signed away this right.

Some of the problems in the profession stem from its traditional culture, one London-based architectural practice commercial director told Personnel Today. She said: “Architecture has long been seen as a vocation. It’s notorious for putting projects first and their people second.”

She said there was an imbalance between its long, expensive training and the low rewards many architects experience. “It’s a seven-year course and there’s continuous training too; but you still have to have work experience to get on … it’s really open for people settling for bad terms and bad practice.”

For younger people, saddled with debt, the low pay is unsustainable, she said. “Practices often hate talking about money … they work far more than they should before they sort out the remuneration and young people don’t receive the best treatment with long hours and poor pay.”

The union began after a group of British architecture workers undertook an in-depth survey into current conditions for the industry’s employees. On its website the union stated the inquiry had involved regular public meetings, ran surveys, focus groups, and researched historical efforts to unionise the architectural sector.

Architectural designer Thandi Loewenson, and architectural design academics Prof Jane Rendell and David Roberts, stated on the website: “Bringing architectural workers into UVW’s movement for justice in the workplace is a landmark moment in the ethical production of the built environment. This promises to transform the environment in which we work, uniting and upholding all those involved in the making of architecture, from cleaners to designers to educators and more.”

The UVW-SAW said it wanted to work alongside the Architects Registration Board, which has a watchdog role, and the Royal Institute of British Architects (RIBA) to achieve its goals.

RIBA executive director professional services Adrian Dobson said: “Part of our role is to support our members and give a voice to architects and practices. Our codes set strict requirements in areas such as fairness and equality in the workplace.”

He said that all RIBA chartered practices need to comply with the requirements set out by the RIBA Chartered Practice Employment Policy Guide, which commits practices to delivering the highest professional, ethical and best practice standards in architecture.

This, Dobson said, “includes paying all employees, including freelance staff and students, at least the Living Wage. We have also recently launched gender pay gap guidance and have worked with Architects Benevolent Society to publish the Architects Mental Wellbeing Toolkit, promoting good practice to help architects look after their mental health.”

One of the founders of the new union told The Guardian: “It all started with grumpy chats in the pub after work. We realised that the issues of overwork, underpay and instability of employment were so endemic that something had to be done.”