The 10 most important employment law cases in 2017 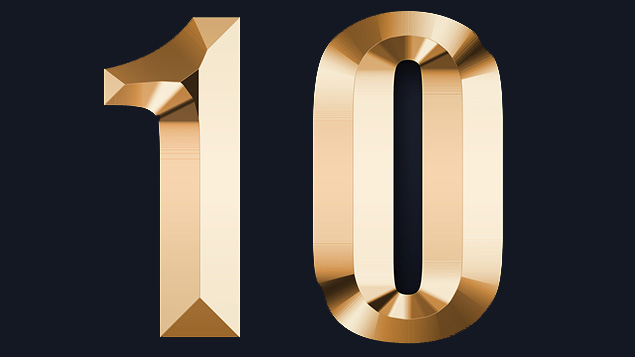 The last year has been a very significant one for employment case law. Stephen Simpson counts down the 10 most important judgments for employers in 2017.

In 2017, the employment law headlines were dominated by case law on employment status in the gig economy, annual leave entitlement, religious dress in the workplace; and enhanced shared parental leave.

This year also saw one of the most important employment law decisions of the last 50 years: the abolition of tribunal fees.

There has been confusion as to whether or not the 10% uplift on general damages in civil claims initiated by the Court of Appeal a few years ago applies to awards for injury to feelings caused by discrimination (known as the Vento bands).

Levels of compensation for injury to feelings had become inconsistent in employment tribunals, which were faced with contradictory Employment Appeal Tribunal (EAT) rulings on this point. In de Souza, the Court of Appeal confirmed that the 10% uplift does indeed apply in discrimination claims, increasing the amount of compensation that employers may have to pay. The Presidents of the Employment Tribunals subsequently issued guidance increasing the Vento bands) in relation to claims presented from 11 September 2017.

9. When is a whistleblower’s disclosure “in the public interest”?

Chesterton Global Ltd and another v Nurmohamed (Court of Appeal)

As always, whistleblowing has proven to be a lively area for case law developments. Top of the list in 2017 is Chesterton.

In this case, an estate agent raised concerns of accounting malpractice, which he alleged were designed to reduce the amount of commission paid to around 100 senior managers, including himself.

The Court of Appeal had to decide if the estate agent’s disclosure was “in the public interest”, a key requirement for statutory whistleblowing protection.

The Court held that the estate agent’s disclosure satisfied the “public interest” requirement, despite the concerns affecting the company’s staff only and the whistleblower’s personal interest in the issue.

For the Court of Appeal, the number of people affected is not the determining factor and all the surrounding circumstances need to be examined. More cases are expected to be brought examining the definition of what is “in the public interest” under whistleblowing legislation.

In Essop and its companion case Naeem, the Supreme Court removed some of the barriers that have built up for claimants bringing indirect discrimination claims.

Welcome ruling from the Supreme Court

In particular, the cases remove the requirement to show a tribunal why a neutral policy or rule puts the affected group at a disadvantage.

The practical effect for employers should be that employment tribunals will be able to move more swiftly to the issue of justification, which should be at the forefront of HR professionals’ minds anyway when creating or reviewing workplace policies and rules.

Employers will still be able to defeat claims of indirect discrimination if they can show that the policy or rule is justified, and that it is a proportionate means of achieving a legitimate aim.

In this case involving a teacher who was off sick for more than a year, the Court of Appeal provided guidance on when employers can dismiss an employee on long-term sick leave.

The decision is particularly valuable for HR professionals faced with employees on long-term sick leave whose diagnosis and timeframe for recovery are uncertain.

The Court made it clear that employers are not expected to wait forever for an employee to recover from illness, and dismissal is a valid possibility even where there is a vague promise from an employee of an imminent return.

However, the Court went on warn employers that, when balancing whether the time has come to dismiss, the employer needs to have considered the disruption to the business that the absence is causing.

The employer ultimately lost this disability discrimination case. A key factor for the loss was that the employer did not take into account a fresh fit note that the teacher provided between the original decision to dismiss and the appeal against dismissal.

Discrimination laws in Belgium and France

The Belgian case Achbita and accompanying French case Bougnaoui both considered what employers should do if a third party objects to an employee wearing religious dress while working on a third party’s premises.

Giving its guidance in Achbita, the European Court of Justice (ECJ) held that, as long as the rules are applied consistently across the board, a rule requiring staff to dress “neutrally” cannot constitute direct discrimination.

However, the ECJ warned that a neutral dress code is potentially indirectly discriminatory if it can be shown that people of a particular religion are put at a disadvantage and the rule cannot be justified.

The decision in Achbita appears to open the door for some employers in mainland Europe to ban religious dress in the workplace. However, the case has limited application in the UK. Here, the courts and tribunals are highly likely to frown upon a requirement for workers to present a non-religious appearance on the basis of “neutrality”.

5. Holiday pay must include voluntary overtime

HR professionals will be mightily relieved that the case law on what should be included in holiday pay calculations finally died down in 2017.

Given the way case law has been going, it was no surprise when the EAT decided that “regular and settled” voluntary overtime should have been included in council workers’ holiday pay.

The case also demonstrates some of the other payments that have to be considered for inclusion in paid annual leave. Here, regular out-of-hours standby payments and call-out allowances should also have been included.

Employers that enhance maternity pay had to think very carefully about whether or not to offer enhanced shared parental pay. Employers that do not do so risk a sex discrimination claim from men and have to be prepared to justify their policy.

Mr Ali’s employer allowed him just two weeks’ paternity leave on full pay, while offering mothers full pay for 14 weeks. In contrast, shared parental leave was paid at the statutory minimum. Mr Ali, whose wife had post-natal depression and wished return to work, could not afford to take leave at this level of pay.

Mr Ali won his claim for sex discrimination in the employment tribunal. The employer is appealing against this ruling and the EAT ruling could turn out to be a key case for employers in 2018.

3. “Workers” can no longer be disguised as “self-employed”

Pimlico Plumbers Ltd and another v Smith (Court of Appeal)

Cases about the employment status of the gig economy workforce have dominated the 2017 headlines.

Uber, CitySprint and Excel have all been found to have been disguising “workers”, who are entitled to basic rights such as annual leave and the national minimum wage, as self-employed. However, the key case involved a more traditional profession: a plumber.

In this case, the Court of Appeal held that a plumber, described in his contract as a “self-employed operative”, was in fact a “worker”. Pimlico Plumbers has appealed to the Supreme Court, with the hearing expected to take place in February 2018.

The Sash Window Workshop Ltd and another v King (ECJ)

Late in the year, the ECJ delivered a final sting in the tail, in a judgment with wide implications for employers with a lot of “self-employed” individuals in their workforce.

In Sash Window, a salesperson agreed with his company that he would be self-employed, rather than be engaged on an employment contract. Crucially, this meant that he was not given annual leave and, whenever he did take time off, his leave was unpaid.

After he retired, he claimed that he was owed 13 years’ backdated holiday pay because he was really a “worker”.

His case went all the way to the ECJ, which concluded that the onus is on the employer to provide paid annual leave to individuals who are really “workers”, regardless of how they are labelled and whether or not they ask for paid leave.

This decision effectively wipes away attempts in recent years by Parliament and the courts to limit the potential for holiday pay claims dating back years.

1. “We will sell to no man, we will not deny or defer to any man either Justice or Right.”

You know a judgment is important when the judge cites Magna Carta. In an outcome no one predicted, the Supreme Court stunned the employment law world in July 2017 by ruling that employment tribunal fees are unlawful.

The decision was a huge surprise as Unison, the union that brought the challenge, had already failed three times in the higher courts to have the hefty fees for bringing an employment tribunal claim quashed. The Supreme Court had different ideas to the High Court and Court of Appeal.

The seven judges ruled unanimously that having to pay up to £1,200 to bring a claim against an employer was a serious impediment to access to justice. The Government was forced to cease employment tribunal fees immediately after the judgment.

The process is now underway for the Government to repay claimants who paid the fees from their introduction in July 2013 until their abolition in July 2017.