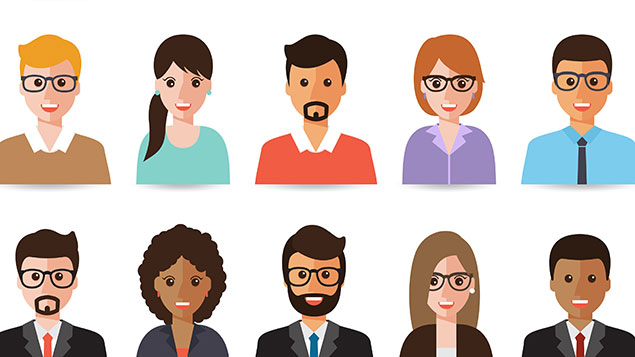 The CIPD recently revealed that a third of black employees thought discrimination was getting in the way of their career progress. But where can organisations begin to address this? Managers and role models are a good start, finds Virginia Matthews.

Last week the CIPD released some research suggesting that a third of black employees felt their careers have been hampered by discrimination. More, visible role models would help, said respondents, and line managers were often reluctant to discuss career progress with workers of any ethnicity.

Jane Musyoki, a director in EY’s Financial Accounting Advisory Services practice, has experienced first hand the impact of strong and visible role models. She grew up in Africa and relocated to the UK in 2009.

As a newly-promoted manager, Jane took part in EY’s Career Watch Sponsorship Programme, which pairs high potential women and black and minority ethnic talent with the firm’s senior partners. The opportunity to share her own experiences in Africa with those of her sponsor proved very valuable and the advice, she says, often flowed both ways

“My sponsor opened my eyes to a world of opportunities and encouraged me to believe in myself, push boundaries and pursue my ambitions,” she says. Furthermore, Musyoki’s participation last year in EY’s BME Leadership programme saw her promoted to director level.

While this is an example of good practice, this is not widespread enough, argues Dr Jill Miller, the CIPD’s diversity and inclusion adviser: “The state of racial diversity in UK organisations exists as a result of multiple failings at many levels and across many years in UK organisations, including structural, leadership and cultural factors,” she explains.

“Our research has laid bare some of the main barriers to equal opportunity at work and also the vital role of HR, leadership and line managers in removing them.”

Is HR to blame?

But Raj Tulsiani, CEO at executive search firm Green Park argues the CIPD’s recent claims amount to “tokenism”. He accuses the body of “jumping on the race diversity bandwagon” and claims the HR community is “part of the problem” rather than the solution.

He says: “In its desire to be seen to be doing something in the BAME space, the CIPD has helped expose the widespread discrimination that exists inside UK organisations,” he says.

“Given that diversity and inclusion are one of the key functions of HR, this can only mean that its own members have been – and still are – partly to blame.”

Miller strenuously denies this, and argues that challenging a lack of career progress among BAME employees is up to everyone, not just HR.

She says that, while the HR community “has a unique and important role” to play in helping organisations tackle racial inequality, others must also be involved.

“A truly diverse and inclusive workplace requires everyone to champion the value of difference and equality, and ensure that it is embedded in organisational culture, not just in policies,” she says.

Further research into race at work would suggest the CIPD’s survey is timely, at least. The CMI’s Delivering Diversity report, published earlier this year in conjunction with the British Academy of Management, highlighted that just 6% of UK management jobs are held by minorities.

Pavita Cooper, chair of the campaigning network CMI Race, argues that the CIPD’s latest research shows “the cost of business leaders’ silence on race and ethnicity”.

“Our own report found that only half of business leaders are seen as championing BAME diversity, and combined with a lack of visible role models it’s no wonder that employees doubt how inclusive their businesses really are. That has to change,” she says.

Green Park’s own research also highlights lack of mentoring as a barrier to BAME candidates at executive level. Its Leadership 10,000 report, published this summer, noted significant gains in terms of the numbers of ethnic minority candidates making their way towards top-tier positions inside FTSE 100 firms.

However, while the talent pipeline includes the highest number of ethnic minority candidates in four years, its research also showed that diversity gains at CEO, CFO or chairperson level have declined by 18% over the same period.

Among those choosing to quit top jobs, overtly-racist attitudes are often to blame, he claims.“We know from the most recent research that even if you are at the very pinnacle of your organisation, you will still face prejudice if you are from a minority ethnic background.”

Going to the next level

Cooper believes that a less-formulaic definition of role models is long overdue. “Our research with the British Academy of Management found that ‘next-level’ role models can be easier to relate to, more accessible and make great mentors for more junior team members,” she says. “It isn’t just about role models at a very senior level.”

While some employers are keen to trumpet their diversity successes, particularly at a time when post-Brexit trade deals could make mono-racial boards vulnerable, the credibility gap, says Tulsiani, is widening.

“For those individuals have been ignored by headhunters for 20 years or more, but who now find themselves in high demand, the only conclusion can be that they are making up the numbers.”

While comparisons have been drawn between the relative progress of women in previously male-dominated organisations versus the stubborn persistence of white-only boards, Cooper says far more hard data is required.

“Most companies also lack basic insights and data about the numbers of BAME employees in their organisation and this needs to change if companies are to really get to grips with diversity,” she adds. “As we have seen with gender, robust data, transparency and targets are key to focusing minds and unlocking changes.”

For Tulsiani, the temptation to tackle one diversity issue at a time must be resisted. He adds: “Trying to earn good publicity on the back of one protected characteristic while ignoring lack of progress on another is a nonsense and I would urge all employers to tackle the lack of inclusion right across the board.”

Diversity consultancy Rare Recruitment, which specialises in placing ethnic minority graduates, argues that however slow the progress, the business case for greater ethnic diversity remains as persuasive as ever.

Says founder and managing director Raphael Mokades: “Our clients are willing to interrogate their own employee data and already know that a ‘people like us’ recruitment strategy is wildly unhelpful in finding the best individuals.”

He adds: “Addressing unconscious bias is fundamental to any up-to-date approach to employee progression, and I welcome CIPD’s call to tackle it.”

2 Responses to How can organisations support better progression for BAME employees?