Age is not an excuse for under-performance, says pensions minister 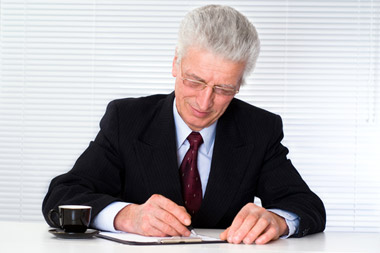 Pensions minister Steve Webb has told Personnel Today that employers should not take the approach that it is “inevitable or excusable” for older workers to under-perform.

In the run-up to the one-year anniversary of the introduction of transitional arrangements phasing out the default retirement age (DRA), Webb explained that, if employers use performance discussions and fair dismissal processes across the workforce, managing employee performance without a fixed retirement age should not be an issue.

He said: “Where employees are not doing the job adequately the employer should, of course, take action whatever age they are. However, simply because someone is older they should not be treated as though it is inevitable or excusable that they are not performing.”

Transitional arrangements to abolish the DRA came into force on 6 April 2011, meaning that employers could no longer issue new notifications of retirement using the DRA unless they could objectively justify it.

Some employers voiced concerns that scrapping the DRA could cause problems in areas such as performance management and succession planning. However, Webb argued that older workers were vital to the UK economy.

“There is no evidence that older workers block opportunities for younger workers,” Webb explained. “We have a flexible labour market and the economy is stimulated by having more people in work. Many employers retain experienced workers to maximise productivity and to help mentor and train up their new recruits.”

It warned that employers needed to adopt age-management policies and practices and effectively communicate these to their workforces if they are to make the most of the skills and experience of older workers.

Acas chief executive, John Taylor, said: “In difficult economic times, this issue may not be high on the agenda. Employers will undoubtedly need support and guidance to respond, but age issues should be embedded at the very heart of an organisation’s culture, and should not be a box-ticking exercise to meet employment legislation.”

Webb advised that employers should make sure workers of all ages know their position on flexible working and ensure that their workers are given the opportunity to discuss their options through formal and informal performance discussions.

“Many employers don’t realise that flexible working is a popular option for older workers, as it allows them to make a gradual transition between full-time work and retirement,” he said.

“Yet, older workers are often hesitant in approaching their employer about reducing their hours or changing their responsibilities. All too often, competent, productive older workers retire, either before or at state pension age, without the employer realising that their skilled worker would have stayed longer if they had been given the chance to discuss and agree a flexible working option.”

Employers can find further information on dealing with older workers without the DRA, and examples of organisations already doing so, in a Government toolkit.