Apprenticeship providers turn SMEs away due to levy fund shortage 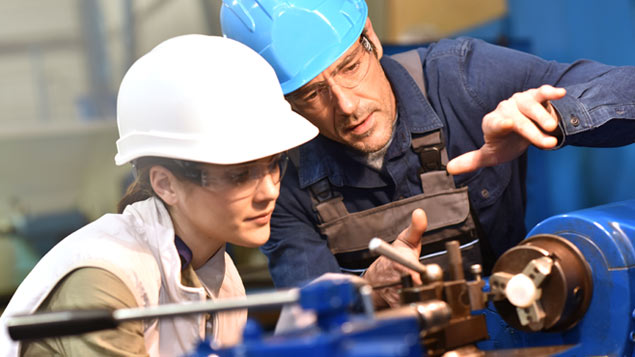 A shortage of apprenticeship funding means that a quarter of smaller firms have been turned away by training providers, while some providers have stopped recruiting apprentices completely.

The Association of Employment and Learning Providers, which represents organisations that offer apprenticeship training, said that the funding crisis has become so acute that many smaller organisations are now unable to access funding for new apprentices at all.

Although smaller organisations might be out of the scope of the requirement to pay the levy, as they must have a payroll bill of at least £3 million to qualify, they rely on money being left over after large levy-paying employers have taken back their entitlement.

The National Audit Office earlier this year warned about the long-term sustainability of the apprenticeship levy after it found the funding was being used up by organisations providing more costly apprenticeships at levels 6 and 7.

The AELP found three quarters of training providers could no longer meet demand for apprenticeships from SMEs, while 17% of providers have stopped recruiting apprentices for existing SME customers altogether. A further quarter had to cut back on apprentice recruitment for employers because they could not access funding for them.

The survey of 253 organisations also found 32% of training providers wanted to focus on offering apprenticeships to levy-paying firms, rather than SMEs.

In order to meet demand, a third of training firms said they needed up to 25% of additional funding from the government. Last month Boris Johnson committed to ensuring that apprenticeships and other technical and vocational qualification routes were “properly funded”.

AELP chief executive Mark Dawe said: “It’s been over four months since the DfE’s permanent secretary told a Commons committee that ‘something is going to have to give’ unless more funding for apprenticeships was forthcoming and we’re saying that the damage is already being done.

“More recently the prime minister said that apprentices are ‘indispensable to this country’ and that ‘we have a desperate shortage in this country of people with the right skills‘. The clear message from apprenticeship training providers is that the shortage will quickly become much worse unless the government delivers quickly on Boris Johnson’s funding promise.”

One survey respondent said it was trying to help SMEs find levy paying firms that were able to transfer some of their funds to enable apprenticeships to happen, but found this funding could not be used for training apprentices aged 16-18. The number of 16- to 18-year-old apprentices between September 2018 and April 2019 was almost a quarter below the figure seen in the same period in 2016/17.

“We are having to overlook 16-18 year olds at recruitment as there is no funding available for them, and this is prejudicial and is severely damaging to school leavers who want to work and learn and cannot access an apprenticeship,” the training provider said.

Another training provider claimed that the transfer process was too difficult. “Transfer of unspent levy seems impossible to obtain because levy payers put it in the ‘too hard’ pile. It isn’t part of anyone’s job description or bottom line to help SMEs in this way and so is not a priority.”