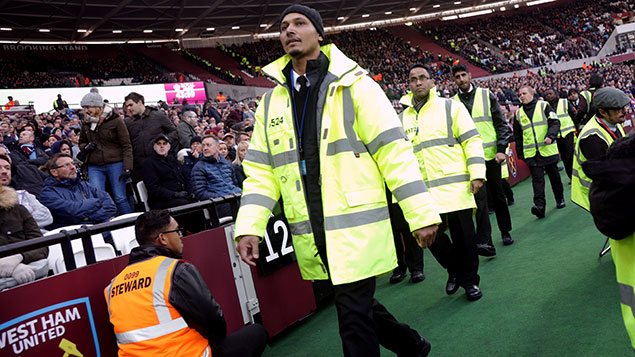 As the new Premier League football season gets under way, attention has been drawn to the low wages being paid at many clubs to ancillary staff at stadiums and training grounds.

According to the charity Citizens UK, many cleaners, security guards, caterers and other staff carrying out essential work at clubs barely earn enough cover the cost of living, with only four out of the 20 Premier League clubs being accredited by the Living Wage Foundation (a Citizens UK initiative). These are Chelsea, Everton, Liverpool and West Ham. Luton Town is among clubs that are accredited outside the Premier League.

Citizens UK estimated that 42% of workers at the clubs were being paid below the real living wage and said employees were being “left on the breadline” which was “not right when clubs are splashing out record fees on players”.

Matthew Bolton, director of Citizens UK, said: “Premier League clubs have had years to fix this, yet we are once again starting a new football season with employees at 16 clubs left on the breadline. It’s not right when clubs are splashing out record fees on players.”

A cleaner who works at Manchester United’s Old Trafford, and wishes to remain anonymous, said: “I currently get paid £7.80 per hour. At the moment I struggle to put food on the table for my family and I often have to have cut-price meals. This is the second job that I have to provide for my family. It would be great to see the club paying all their staff a fair and decent wage.”

The Bishop of Salford, the Revd John Arnold, whose region includes Manchester Utd and Manchester City, joined the call for higher wages. He said: “Solving poverty can’t be left to faith and civil society alone and big clubs and their wealthy owners must do their bit.”

In 2017 London mayor Sadiq Khan called for all London clubs to sign up with the LWF but since then only West Ham has done so, with the club in December 2017 immediately raising the wages of 200 staff and contractors.

Luton’s CEO Gary Sweet condemned clubs’ lethargy over paying the real living wage: “We became the first club in professional football in England in December 2014 to become an accredited employer – yet five years on there are still only seven clubs in total in the UK that can call themselves one.

“As a business we pride ourselves on being a key part of the local community and it would it be wrong on a fundamental level to label ourselves as inclusive if staff, many of whom are Lutonians, were being paid an amount that sees them live below the poverty line. Paying the living wage goes a long way to ensuring staff are happy in their work and that reflects in the loyalty shown by them.”

On being accredited in late 2016 Chelsea issued a statement saying it would ensure all external contractors and agency staff would be paid the same rate as staff paid directly by Chelsea.

Premier League clubs made record revenues last season of £4.8bn in 2017-18, up £200m on the previous season, partly because each of the big six clubs, other than Arsenal, played in the Champions League that season.

The Real Living Wage is a non-statutory rate calculated according to the actual cost of living, based on the prices of household goods and services. The LWF has set it at £9 across the UK and £10.55 in London. It is thought that at many football clubs ancillary staff are being paid rates at or close to the statutory minimum wage: £7.70 for under-25s; £8.21 for 25 year olds and older, called the national living wage, which the LWF says is not calculated on actual living costs.

About one third of FTSE 100 firms and household names such as ITV, Google and Ikea are accredited with the LWF.