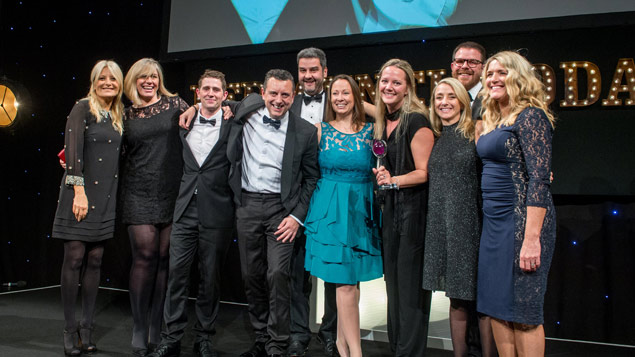 Brewing company SABMiller were the winners of the coveted overall trophy at the 2016 Personnel Today Awards. We spoke to Kadisha Lewis-Roberts, regional head of learning and development, about the huge impact its commercial learning initiative had on the bottom line.

Learning and development does not always have a reputation for dealing in hard metrics, but brewery company SABMiller set itself tough financial targets when it launched a key learning initiative, and exceeded them within a year.

Are you an award-winning HR professional? Or perhaps your team has excelled in a certain area – there are 22 categories to choose from.

The Personnel Today Awards 2017 is now open for entries.

The initiative, known as Profitable Revenue Growth Management (PRGM) Thinking, has delivered more than $33 million in incremental profits since it launched, leading to it being crowned the clear overall winner at last year’s Personnel Today Awards.

According to Lewis-Roberts, generating a profit was a condition of getting the initiative signed off.

“We weren’t allowed to invest in this unless we could guarantee a significant financial return,” she says.

The training was introduced at a point where the company was facing a tough time commercially – consumers have switched to buying more wine and spirits than beer and tend to purchase alcohol in supermarkets or online rather than in bars and cafes.

“We needed to get out of this negative spiral of decline where we were getting into price wars with our competitors, and transform the way we thought about products,” says Lewis-Roberts.

Furthermore, while PRGM Thinking was being embedded, the company had agreed to be acquired by AB InBev, a transaction that went through in late 2016. Since then, SABMiller’s Eastern European beer business has been acquired by the Japanese drinks company Asahi.

The learning itself was rolled out to around 3,000 people across its commercial functions and consisted of an online PRGM “playbook” where employees could access resources on demand, as well as e-learning modules and classroom training.

It aimed to integrate a more profit-focused way of thinking into people’s daily routines; so rather than focusing on selling ever higher product volumes, how could they maximise revenue for customers and therefore the company?

Modules focused not only on how SABMiller makes money, but also how customers make money from its products. For example, how promoting premium products to customers can generate a higher margin and help customers meet their profit targets more quickly.

Delivering the learning wasn’t straightforward, as these employees were spread across eight European countries and spoke 11 different languages.

Many were also field- rather than office-based, meaning a reliable internet connection and bandwidth could not always be guaranteed, and as they were spending a lot of time in front of clients, they’d need learning content that was engaging and quick to absorb.

However, by April 2016, more than 6,000 e-learning modules had been completed and more than 1,500 coaching interventions had taken place. By April 2015, the teams undertaking the training had beaten target by 50%, one year ahead of schedule.

There has to be a point, a problem you’re trying to fix rather than a sheep dip approach. Ours was how do we get people to understand what we need to do and how do they apply it? It was important to have a clear measure”

Having a different focus for their sales activities – not to mention commercial success – has led to a marked improvement in engagement levels, too.

The company ran four quarterly “pulse” surveys since the introduction of PRGM Thinking and each demonstrated an increase across all key engagement metrics – despite the uncertainty employees may have been feeling after news of the AB InBev acquisition.

In fact, employees said that the programme instilled meaning and purpose during a period of great uncertainty and galvanised the European organisation behind a powerful objective.

Going forward, there are plans to extend the programme more widely across the business so it becomes a more integral part of the culture.

The judges in this category praised SABMiller for its “world class approach to creating a demonstrably positive organisational and commercial impact through L&D”, and Lewis-Roberts believes this should be a starting point for any L&D initiative.

“There has to be a point, a problem you’re trying to fix rather than a sheep dip approach,” she says.

“Ours was how do we get people to understand what we need to do and how do they apply it? It was important to have a clear measure.”

Setting out a bold goal, and then exceeding it, is clearly what made SABMiller a stand-out entry in the learning and development category, and ultimately the top prize.