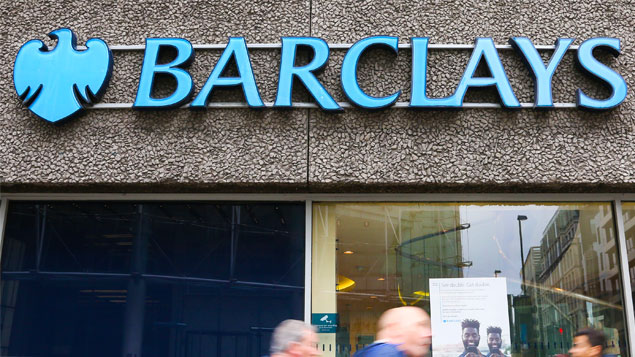 Meanwhile, Lloyds Bank reported a 42.7% median gender pay gap for 2017 when subsidiaries Cheltenham & Gloucester and HBOS were taken out of the equation. When these divisions were considered, it had a 32.8% disparity between male and female hourly pay.

Royal Bank of Scotland (RBS) had the smallest median gender pay gap of the banking groups at 36.5%.

The UK’s second biggest bank – HSBC – was yet to report its gender pay figures.

The three banks suggested that a higher proportion of men in senior roles and a greater percentage of women in junior positions were the main reasons behind the gender pay disparity.

“This, together with the pay levels and higher bonus practice observed for these senior revenue generators, amplifies the pay gaps. We know we have more to do to continue accelerating the progression of women into these more senior roles.”

She said: “In 2014, we were the first FTSE 100 company to make a public commitment to increase the proportion of women in senior management roles. We have already increased the percentage of senior roles held by women from 29% in 2013 to 34% in 2017.”

RBS claimed it was on track to achieve its target of having women in 40% of in its top three management layers by 2020. Currently, women make up 37% of these roles.

“Whilst we are confident we are making progress, we are still on a journey,” RBS chief executive Ross McEwan said in its gender pay gap report. “Our pipeline (around 5000 of our most senior roles) has 44% women. And, we’re aspiring to achieve full gender balance at all levels of our business by 2030.”

According to PwC’s Women in Work Index, the average gender pay gap in the financial services industry was 34% in 2017.