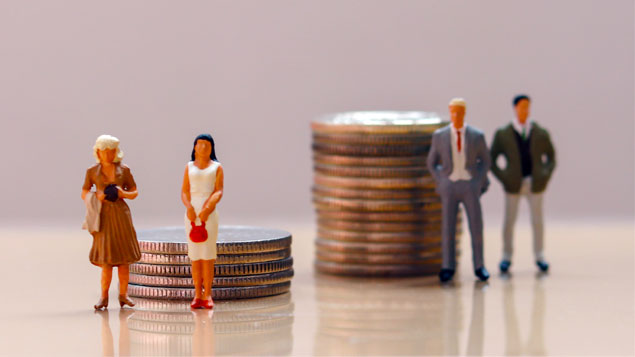 Discriminatory pay practices costs the UK economy £127bn in lost output every year, according to diversity and inclusion champion INvolve and the Centre for Economics and Business Research (CEBR).

Analysis of more than 500 workplaces’ payment practices estimated that GDP would be around 7% higher if gender, ethnicity and sexual orientation discrimination were eliminated.

The value of diversity report found that the top 25% organisations in terms of gender, ethnicity and sexual orientation diversity were 12 percentage points more likely to outperform the national average turnover per capita than the least diverse employers.

Businesses that were considered to have a well-developed diversity strategy – which actively monitored and measured diversity, recruitment and promotion practices – outperformed industry averages by 15 percentage points.

To arrive at these figures, the report assumed that workers were paid a reduced rate based on lowered output per hour, caused by discrimination. This was then scaled up to estimate the cost to the UK economy.

INvolve founder and CEO Sukhi Sandhu said: “In the current climate, where the fight for equality and balanced representation is being fought on many fronts every day, we need businesses to stand up and work to drive change in our society and our workplaces; to ensure that everyone, no matter their gender, heritage or sexuality, is given an equal opportunity to thrive and reach their full potential.”

The report suggested that gender-based workplace discrimination cost the UK economy the most in terms of output, at £123bn a year.

Discrimination against black, Asian and minority ethnic (BAME) workers cost £2.6bn, it claimed, with white people earning between £67-£209 more per week than similarly qualified workers of a different ethnic background. However, employees with a mixed ethnic background earned £152 a week more than their white colleagues, on average.

Sexual orientation discrimination represented a £2bn loss to the UK economy every year. It found the average heterosexual 16-21 year old earned £336 per month, compared with £372 for people who said they were gay or lesbian, £208 for bisexual people and £194 for individuals with other sexual identities.

The report recommended that employers considered:

Consultancy McKinsey & Company last month found that, globally, employers in the top 25% for ethnic diversity were 33% more likely to exceed the average profit margin than the least diverse companies.

One Response to Discrimination costs the UK £127bn a year, claims study