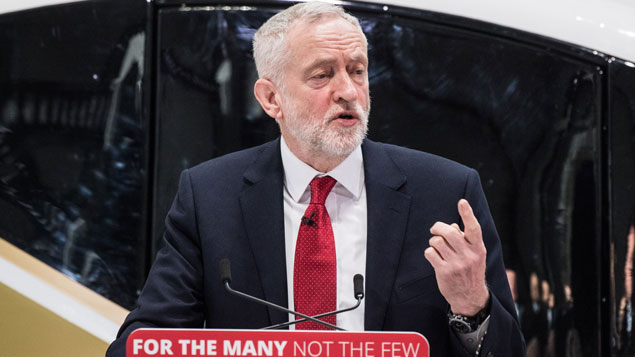 Labour leader Jeremy Corbyn has shifted the party’s stance on Brexit, spelling out how a Government under him would ensure the UK remained in a customs union after it had left the EU.

In this morning’s speech at Coventry University Corbyn made skills and workers’ rights the main focus of Labour’s Brexit policy. He warned that any Brexit deal that excluded the UK from a tariff-free union with the EU posed a major risk to workers’ rights.

He said: “We do not believe deals with China and USA will make up for loss of trade with EU. Such deals would drag UK into a race to bottom on standards in workers’ rights. A deregulatory race to bottom would damage jobs and living standards.”

He added that Labour “would negotiate a floor under existing rights and protections” and look to build on them. Brexit must not make Britain poorer, he said.

Recognising that fears over migration were a major factor in the Brexit vote, Corbyn stated that the loss of EU workers from public services had become a major problem and could be mitigated by guaranteeing their future status and rights in the UK. “I want to thank them – they’ve been through 20 months of horror because of uncertainty,” he said.

He went on to state that skills shortages in the country were a major factor in recently reported high net migration figures, but that a fairly managed migration system, rather than full freedom of movement, was the answer.

He implied that the Conservative government’s approach to the issue was to reduce migration at any cost.

Despite this, he noted that people felt “frustrated when they are denied opportunities to gain skills because of an influx of cheap labour” and that “when migrant workers come to Britain they must not be used to undercut pay and conditions.”

To applause, he said: “It’s not migrants who drive down wages, it’s bad employers who cut pay,” and that Labour’s priorities were to strengthen employment law and protect jobs, pay and conditions.

A Labour government, he said, would tighten labour market regulations and strengthen union rights. Migrants must not be exploited, union rights must be strengthened and central bargaining must become the norm.

Recognising that many Labour-supporting areas backed Brexit and had also been hardest hit by austerity and the loss of manufacturing industry, he said that precarious roles were no substitute for the loss of jobs in mining and other industries and promised sustainable long-term investment in high tech industries.

He summed up the present Government’s policy on Brexit by claiming that “disarray has become the new strong and stable”.

The CBI’s response to Corbyn’s address was broadly positive. Director general Carolyn Fairbairn, said the Labour leader’s “commitment to a customs union will put jobs and living standards first by remaining in a close economic relationship with the EU.”

She echoed his point about trade deals by adding: “Growing trade is not an ‘either or’ question – Germany already exports five times as much with China as the UK from within the customs union.”

However, she also warned that Labour’s wider policy of renationalisation of key industries had put its relationship with the private sector at risk and would result in worse services.

The Institute of Directors backed elements of the speech but warned that there were still too many unanswered questions in Labour’s position and doubted that the EU would accept a fully bespoke Customs Union substitute deal after the transition phase.

Stephen Martin, director general of the Institute, said: “Many businesses, particularly manufacturers, will be pleased to hear the Opposition’s proposal to keep a customs union on the table. It was important to see Jeremy Corbyn putting emphasis on the complexity of cross-border ‘just-in-time’ supply chains that could face significant new costs and barriers without one.

“As with everything about the Brexit process, however, extracting detailed and specific answers on the future trade arrangements from our political leaders has been a slow and laborious process. There are no easy solutions here.”