How HR analytics can transform recruitment 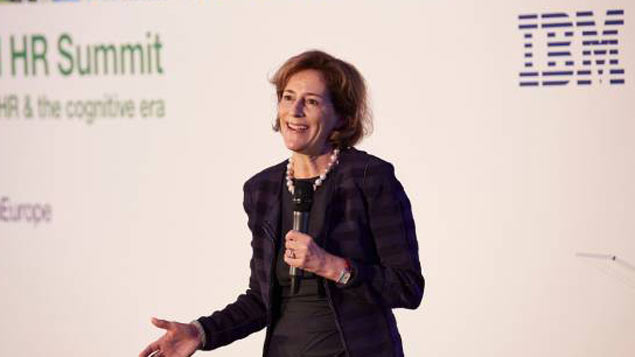 Recruitment and retention are ideal starting points for HR professionals to harness the power and potential of HR analytics, discovers Michael Carty at the recent IBM HR Summit.

David Kelly, European director of IBM Smarter Workforce, believes that “this is HR’s moment”. Analytics capability, he says, will prove that HR can drive profit and be able to predict success “in a way that will change everything”.

Getting started with analytics

Watch XpertHR’s on-demand webinar on how to get started with HR metrics and analytics here.

IBM’s own HR department has already benefited, after the company developed a suite of nine apps, influenced and inspired by the mobile and social technologies that employees already use in everyday life.

The apps include an HR advisory support app, which Diane Gherson, senior vice president of HR at IBM describes as a “Fitbit for managers”.

It provides managers with constantly updated information about their employees’ backgrounds and work experience, as well as prompts if particular action is required, such as pointing out if an employee has taken too little annual leave.

“HR is all about making a great culture, a great experience for employees,” says Gherson. Data from the app helps to identify different drivers of labour turnover, which in turn has helped IBM achieve savings worth $270 million by predicting and preventing “regrettable attrition”.

Look forward, not back

However, most in the HR profession are yet to take advantage of the opportunities presented by analytics, argues Luk Smeyers, chief executive at iNostix.

He says: “HR is typically retrospective in its data use, but predictive analytics offer an opportunity for HR to move from just describing what has happened to predicting what might happen.”

Smeyers defines predictive analytics as “assessing the probability of a future event or situation by analysing relationships, patterns and trend lines in historical data”.

“HR can take the first step toward predictive analytics by gathering data on the employee lifecycle from A to Z in a very disciplined way,” he continues. “Put this in the context of the customer journey (every organisation has one) and look at how people processes affect this.”

He describes recruitment and retention as “one of the biggest opportunities to change radically via predictive analytics”, but this is an area where HR might need to move out of its comfort zone.

He cites the example of a European call centre with 2,500 employees that developed a predictive analytics system which could show “just who wouldn’t make it in sales, with a high degree of accuracy”.

This resulted in recommendations for some employees to be transferred from sales to other departments where their skills would be a better fit.

This predictive analytics insight caused tension within the HR department, as HR would previously have recommended corrective training interventions.

Ultimately, the predictive model provided overwhelming evidence that these interventions did not work, with the resulting change of approach “saving a few hundred thousand euros on training”.

The Ministry of Defence (MoD) has used analytics to tackle a critical recruitment challenge – to find the “top guns of the cyber world”, according to Major Harry Porteous, who is involved with the MoD’s cyber defence programmes.

Last year, Chancellor George Osborne announced £1.9 billion in funding to help protect Britain from cyber attack, but candidates with the right skills are scarce, and might not tend to view the military as their employer of choice.

“The conventional military celebrates high physical energy and sociability,” says Porteous. “These might not be the main characteristics of those who can make the biggest contribution in cyber.”

How to collect labour turnover data

Chiara Staples, project manager at IBM, explains how her team worked with Porteous on this challenge. “First, we had to identify what good looks like,” she says.

IBM interviewed a range of armed forces personnel in relevant roles to identify and amass analytics data on the characteristics, skills and aptitudes needed for Porteous’ cyber team.

However, security classification concerns meant that their subjects were often reluctant to answer questions.

“We had to use analogies for the work they did,” she says. “But we won their trust by being transparent and showing them our notes.”

The resulting “second-generation DCAT” was rolled out in May 2016, and is already proving successful.

Later this year, real-time outputs will be made available during tests, enabling Porteous’ team to assemble bespoke questions for each candidates’ face-to-face interview directly following the DCAT assessment. A “gamified” version of DCAT is also being developed to attract younger candidates.

HR analytics will be essential for successful HR departments in the future, according to David Green, global director of people analytics solutions at IBM. “Analytics is an opportunity, responsibility and a necessity for HR,” he says. “It is also inevitable.”

But Ernst Blom, resourcing project lead at Royal Dutch Shell, believes that combining analytics insights with HR’s unique understanding of people is where this is at its most powerful.

“People make all the difference,” he concludes. “Believe in your talent. You hired them. Maximise their talent.”