Broken promises and emoji buttons: What’s next for Sports Direct? 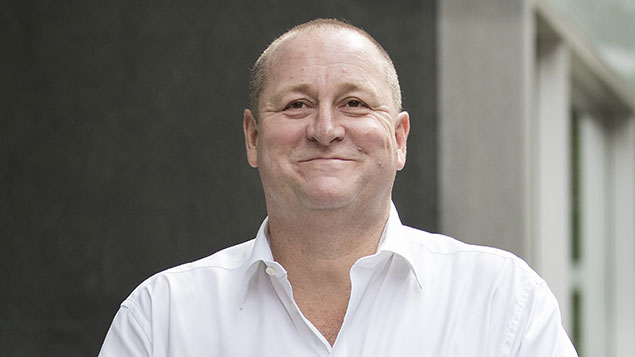 As Mike Ashley’s company hits the headlines again for its working practices, can it overcome its problems or do the issues run deeper? Virginia Matthews reports.

The re-appointment of controversial Sports Direct chairman Keith Hellawell at its recent AGM by the slenderest of majorities was a temporary setback for investors who may have been hoping for a change in leadership at the top.

Yet the retailer’s now-broken pledge to reduce zero hours contracts; as well as recent adoption of emoji- style fingerprint technology to record worker satisfaction, may only herald more damaging headlines in the days to come.

Following two exposés and a parliamentary inquiry into alleged Victorian working conditions at the firm last year – during which it was accused of treating his 30,000 workers “without dignity or respect” – owner Mike Ashley promised to mend his ways.

His core pledges were to replace zero hours contracts with permanent jobs among casual store staff, and to trial a scheme transferring 10 warehouse staff every month from agency contracts to direct employment.

According to the trade union Unite, however, the retailer has now broken both of these promises and continues to routinely advertise roles without fixed hours at both Sports Direct and its sister business Flannels.

Unite’s head of campaigns Alex Flynn believes that by abandoning its 2016 pledges so publicly – a volte face which Mr Hellawell himself defended at the AGM – the firm has demonstrated “an almost breathtaking disregard for corporate governance”.

While there is no official definition of zero hours contracts, they usually refer to agreements where no guaranteed number of paid working hours are set. An employee may receive 20 hours of paid work one week, say, followed by zero hours the following week.

According to the most recent ONS (Office of National Statistics) Labour Force survey, 905,000 people in the UK reported being on a zero hours contract between October and December last year; 13% higher than in 2015.

Around a third of those on zero hour contracts are between the ages of 16 and 24, and a fifth are in full-time education; two demographics that are well represented at Sports Direct.

These contracts have been welcomed by those who require maximum flexibility, but critics say they make it difficult for staff to juggle financial commitments and may play a part in the UK’s rising rates of mental ill-health.

According to CIPD head of public policy Ben Willmott, neither side is wholly right. “The issue of zero hours is quite nuanced and complex,” he says.

“We know from our research that only a minority of zero hours contract workers are dissatisfied with their working arrangements, with many students, carers and older workers in particular valuing their flexibility.”

“However employers need to ensure they have a clear rationale for using zero hours contracts, that they are managed well and that the flexibility they provide works for both the business and individuals.”

But the myriad problems at Sports Direct go far deeper than a debate over hours.

Recent revelations over the use of fingerprint recognition technology at the company’s Shirebrook warehouse in Derbyshire led to a fresh wave of accusations last week.

Unite claims that the firm has introduced touch pads with emoji-style happy or sad faces to gauge staff satisfaction and indicate whether employees believe they are treated with respect.

The catch is that while staff who touch the happy face as they clock in are free to begin work, those who select the sad emoji are automatically identified and called in for a meeting with management.

Willmott adds: “Trust is key to positive and sustainable employment relations and unless staff feedback mechanisms are anonymised, people will not feel they can be open and honest in their responses, which will undermine confidence in the process and the workplace.”

Both Willmott and Flynn recognise that Sports Direct’s mainly young and often migrant workforce has compounded problems at the firm.

“Lack of awareness of employment rights among 16 to 24-year-olds is an ongoing issue for everyone who cares about deteriorating working conditions and it’s vital that we do all we can to arm these very inexperienced workers with the facts,” says Flynn.

“The fact that most of the warehouse people are migrant agency workers from eastern Europe, where suspicion of trade unions is deeply entrenched, is another complicating factor.”

While Willmott describes revelations such as a woman forced to give birth in a company toilet because she was frightened to take time off work “truly shocking”, he doesn’t believe that conditions at Sports Direct are typical of employers in the UK.

“We still come across businesses with very outdated attitudes, but I believe that they are outliers rather than representative of 21st century corporate Britain as a whole.”

As for Hellawell’s surprise survival as chairman of the firm, Unite is biding its time. “Given that the company has been engaged in a £90 million share buy-back and has significantly reduced the number of independent shareholders eligible to vote, the 57% to 43% result was astonishingly close,” says Flynn. “Neither Unite, nor the investors who are demanding real change at Sports Direct, are going away.”

One Response to Broken promises and emoji buttons: What’s next for Sports Direct?