How can we get more women into technology careers? 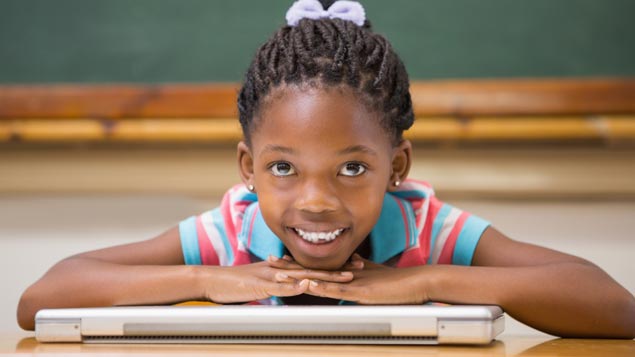 Last week, Monster launched a new initiative to create a better pipeline of women in technology.

Girls are put off careers in IT because there are too few role models and a perception that it is “just for boys”. In 2014, only one girl in 10 chose to study computer science at school, according to stats from the Department for Education.

And for those who did decide to enter the IT profession when they got older, 57% left mid-career because they were uncomfortable being part of a male-dominated, sometimes chauvinistic and usually family-unfriendly world.

Online jobs board Monster hopes to tackle this with the latest in a line of initiatives designed to attract more women into technology careers.

At its Girls in coding event in London earlier this month, it was announced that Sinead Bunting, Monster’s marketing director for the UK and Ireland, was aiming to put together a cross-industry group to address the challenge of how to attract and retain female talent within the technology industry. The company also wants to develop a charter laying out concrete goals for how to get there.

If anything, this issue appears to be getting worse. One statistic mentioned was that even the House of Lords had a better diversity profile than the IT sector, with female representation standing at 24% and 14% respectively.

And this is despite the fact that the tech sector has one of the lowest pay gaps between male and female staff of any industry, with women working in science, technology, engineering or maths (STEM) careers earning, on average, 30% more than those in non-STEM areas.

Even the House of Lords had a better diversity profile than the IT sector, with female representation standing at 24% and 14% respectively.

So the big question, of course, is: what is going wrong? One of the key starting points seems to be that girls are self-selecting out of the profession before they even really understand the options.

Debbie Forster, joint CEO at charity Apps for Good, said: “Girls don’t make active career choices at age 10 to 14, but they do say ‘ooh, I don’t like that’ and start ruling things out, often based on stereotypes. So we need to get to them as young as 10 to make a difference.”

Another part of the problem is that, on the one hand, coding is not a “normalised” thing for girls to get involved in, while on the other, there tends to be a glaring lack of role models to grab their interest.

Gina Jackson, managing director of the Next Gen Skills Academy, said: “What we tell girls they can do has a huge impact. We’re very prescriptive and very pink oriented. But we need to break that down and encourage girls to do whatever they want, even though there are very few role models.”

Another issue revolves around how employers present themselves. Amali de Alwis, chief executive of social enterprise Code First Girls, explained: “On a lot of company websites, the pictures will be of men and they’ll recruit for ‘ninjas’. So there’s work to be done on how they present themselves. It’s about making conscious choices about how you share your brand.”

Bunting is adamant that this not only matters to individuals in terms of their self-development, but also to the IT industry and the British economy.

She cites The Times columnist Caitlin Moran, who pointed out during her “How to Build a Girl” book tour last year that “if 90% of coders are men, developing and owning the language of the future, women won’t be part of the conversation”.

In other words, if you buy into the concept that the internet is the future and is for everybody, “then it should reflect everybody and be built by everybody”, Bunting said.

Another consideration, according to Andrea Bertone, Monster’s president for Europe, is that the region is destined to experience a digital skills gap of about 750,000 people by 2017, rising to about one million by 2020.

This means that “without women, it will be impossible to close the gap”, he said – a situation that will inevitably put a drag on growth.

One Response to How can we get more women into technology careers?