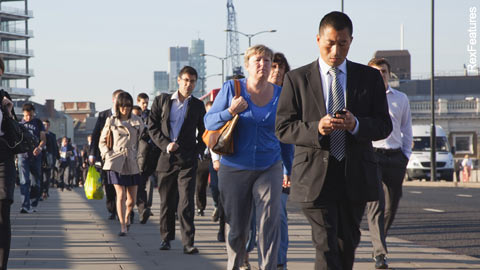 Job seekers focus most on salary and workplace benefits when looking for a new role, with job security now only the third most important factor, according a survey published today.

The research, conducted by recruiter Randstad, found that 18% of respondents said competitive salary and employee benefits were the most crucial factors when choosing a new employer, compared with only 11% in 2012 and 12% in 2011.

By contrast, only 16% of respondents cited job security as the most important factor in choosing a new role, whereas last year’s survey found that more than one-quarter (27%) of respondents considered it to be the thing they desired most from a prospective employer. The data was based on a survey of 7,000 UK adults.

Randstad’s UK CEO Mark Bull said: “Last year [2012] was a tough year for the job market, with confidence falling even further than in 2011. That was reflected in people’s priorities – salary packages weren’t as important to potential employees as the financial health of a business.

“Over the course of the last 12 months, that’s changed dramatically and the UK’s workforce appears much more bullish.”

For more information on pay and benefits, see the latest XpertHR data.