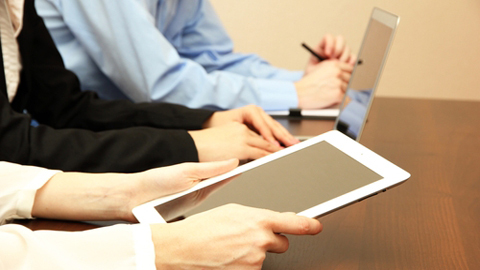 Philip Whiteley asks whether or not “HR business partners” are signing up to a simplistic view of people as no more than a “cost”.

Experts say that the rush by HR professionals to align with short-term business goals can lead to higher rather than lower employee costs.

It was hardly a surprise that Professor Cary Cooper, favoured commentator in broadcast media, won this year’s Chartered Management Institute Article of the Year. The content, however, is news. It ought to command the attention of business leaders and the HR profession.

The feature covered the most recent Quality of Working Life study, which Professors Cary Cooper and Les Worrall have been carrying out since 1997. It found the recession is having an impact, with companies making cut backs. But what is concerning is the extent to which employee engagement has been sacrificed. Given all that has been learned about its value, this is a business issue, not just a welfare issue. Employers have to survive lean economic times, but they are also going need to harness the commitment of their employees, not alienate them.

Cooper and Worrall describe “a negative cycle in many organisations that often originates in ill-conceived and ineptly managed organisational change that leads to increased workplace stress, lower motivation and lower productivity”.

It gets worse. According to Linda Holbeche, HR adviser and author, many HR business partners have become captured by the finance department, and have become part of the negative cycle: “[HR] people have aligned so firmly with the business partnering that they have deleted all notion of the people. It’s almost as though you get brownie points for alignment of business strategy, but the short-termist, reductionist type.”

Holbeche says that this has been a growing theme in her research for management school Roffey Park and the Chartered Institute for Personnel and Development (CIPD) in recent years.

“There is something around the belief that unless you get firmly onside with management re what is done quickly – cost reduction, re-alignment to this short-termism agenda as an HR player – you’re not doing anything of value and you’re seen as being a risk. Some people have gone so far down that they have bought into that agenda of treating people just as costs,” she says.

It might seem logical that cost-cutting is prioritised ahead of employee engagement in tough trading times. The mistake is to assume that the two are always in conflict. Key to understanding the point is to distinguish between “expense” and “cost”. They are not the same thing, argues Haig Nalbantian, an economist and leader of Mercer Consulting’s Workforce Sciences Institute based in New York.

Nalbantain has developed advanced analytics with his team over the past 20 years that demonstrate more clearly the complex links between people strategies and impacts on the business.

“I often talk to my clients about the ‘tyranny of finance’,” says Nalbantian. “There’s a difference between the accountancy view and the economic construct of cost – this is extremely serious. So when the accountants’ lens is put on, there is a narrow view of cost as expense. For economists, real cost is productivity, the relationship between expense and associated output.”

A common example is where employers shift from full-time permanent staffing arrangements to more “flexible” ones that may involve more use of part-timers or contract staff. On the accountant’s definition of cost as expense, it looks like a saving, because pay and benefits are lower for part-timers. But fuller analysis that accounts for impact may reveal hidden costs, perhaps through loss of knowledge, lower engagement, weaker customer service or, quite simply, diminished productivity.

“Among some of our clients, rigorous statistical modelling of the business impact of this staffing approach has revealed the exact opposite outcome: substitution of part-timers for full timers actually raises labour cost because productivity is so much lower,” Nalbantain says.

On both sides of the Atlantic, the engagement lobby is struggling to win the ideological argument. Its members argue that the HR profession has to learn about the evidence base on human capital analysis. HR needs to make a case, negotiate, and in some cases stand its ground.

Holbeche says: “The business partnering model around ‘aligning’ is fine, but you need a broader set of skills: relationship building, credibility to force the agenda and carry people with you.”

Ali Godding, employee engagement manager at Grass Roots, a performance improvement organisation, and adviser to the UK Government’s Engage for Success initiative, reports that one major supplier to government and local authorities is addressing the question of engagement from a business perspective.

“They [senior managers at the company] are recognising the value of the total package that the workforce can offer, particularly with regards to these big contracts and winning business. Because if they are able to take into account all the needs through the change process, then they are able to offer the best level of service to the council; and therefore make it more likely to win and retain business going forward. They recognise that they haven’t focused enough on that,” Godding adds.

Niccei Castanheira, HR manager at West Midlands manufacturer Instarmac, says that practical experience illustrates that people should not just be seen as a cost: “If we can use a portion of the profit to help people be happier and healthier, they in turn will increase our profits. John Holcroft [managing director of Instarmac] understands this. It is common sense.”

The fact that such common sense is not more common is “frustrating”, she adds: “There is so much knowledge at our disposal – studies into management, leadership, psychology of people, cognitive behaviours – that it is a puzzle it isn’t a fundamental basic of management.”

Maggie Pavlou, HR director at holiday company Parkdean (see case study), says common sense is often lost when managers over-complicate the challenge: “It never fails to amaze me that people miss something so basic [as engagement]. If you look after your staff properly and with respect you get more out of them. One of our values is keeping it simple.”

To be a full HR business partner means understanding more fully the contribution of staff and their ability, and not being slave to expense-reduction tactics. It means standing up to finance if their definition of cost is too narrow. This is for the sake of the business, as well as the people.