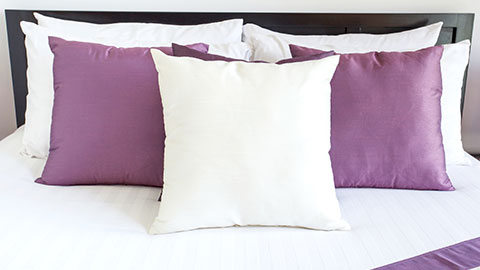 In DLA Piper’s case of the week, the Court of Appeal upheld a decision that a B&B owner’s refusal to provide accommodation to a gay couple was discriminatory.

Black and another v Wilkinson

Mr Black and Mr Morgan, a homosexual couple, were refused accommodation at a B&B run by the appellant, Mrs Wilkinson. Wilkinson had made clear that the main reason for her refusal was that she did not like the idea of two men sharing a bed.

Wilkinson maintained that her establishment provided a “special degree of care and attention” to her guests and that she preferred to let her rooms – which were part of her family home – only to married heterosexual couples, in accordance with her religious beliefs. She also refused to accommodate heterosexual couples who were obviously unmarried, although she admitted that some unmarried couples had stayed with her. The house itself was filled with bibles and religious tracts. Missionary flyers were on display in every room.

Black and Morgan complained that they had been subjected to discrimination arising from their sexual orientation. The County Court held that Wilkinson’s B&B establishment fell under the definition of a boarding house, and that she provided a commercial service (despite the “care and attention” shown to guests in her “home”). As a consequence, the claims that she had directly discriminated against Black and Morgan were upheld: on her own evidence, Wilkinson had treated the couple less favourably than she would have treated a heterosexual (unmarried) couple. Her actions were found to be in breach of the Equality Act 2010.

Wilkinson sought to assert that she was exercising her rights under art.8 (respect for private and family life) and art.9 (freedom of thought, conscience and religion) of the European Convention on Human Rights and she was therefore justified in her refusal to accommodate the couple.

The Court of Appeal had to consider whether or not Wilkinson had unlawfully discriminated against Black and Morgan on the ground of their sexual orientation and, if she had, whether or not she could justify this discrimination.

The Court of Appeal confirmed the County Court’s judgment of direct discrimination, although the Court emphasised that it considered this case to be more akin to indirect – rather than direct – discrimination, because Wilkinson had applied a blanket policy that placed all homosexuals at a disadvantage compared with heterosexual couples. Such couples could never attain the status of a heterosexual married couple and therefore could never be eligible to stay at the guest house.

In considering the issue of indirect discrimination, the Court of Appeal questioned the issue of justification of indirect discrimination in accordance with Wilkinson’s defence that her restriction on accommodating homosexuals was a proportionate means of fulfilling a legitimate aim. She sought to justify any interference with the rights of the couple under the European Convention on Human Rights by reference to the fact that she holds genuine and protected religious beliefs.

The Court of Appeal concluded that not every act inspired by a belief can be said to be a manifestation of a Convention right (“the act in question must be intimately linked to the religion or belief”), and that the Court needs to consider what weight should be attributed to competing rights under the European Convention on Human Rights to justify any interference with them.

In this case, as in previous cases, the Court had regard to the effect that interference with a person’s human rights will have on the person seeking to rely on such rights. There was nothing to prevent Wilkinson from offering a service that did not require her to discriminate against homosexuals to maintain her moral and religious position. For example, she could have offered single, rather than double, rooms to her guests. Greater weight was attributed to the rights of the homosexual couple who were denied the accommodation not to be subjected to discrimination.

This case marks an interesting development in the areas of discrimination and competing rights under the European Convention on Human Rights. It appears that, where there is a clear conflict between parties’ personal values or beliefs, the courts will give serious consideration to the effect that any interference with a person’s rights will have on that person, and consider whether or not there is any way to adapt a situation so that he or she is not forced to apply or compromise his or her values.

Aside from the general conclusion that discrimination – whether direct or indirect – is unacceptable in today’s society, a further point highlighted by this case is the question of the link between religious belief and the manifestation of such belief; specifically, whether or not a particular action can be regarded in the light of a protected manifestation. It appears that it may now be an uphill struggle for parties to demonstrate this link exists to such an extent that would allow a finding of discrimination to be justified.

Kate Hodgkiss is a partner at DLA Piper