On 28 Oct 2013 in Wellbeing and health promotion 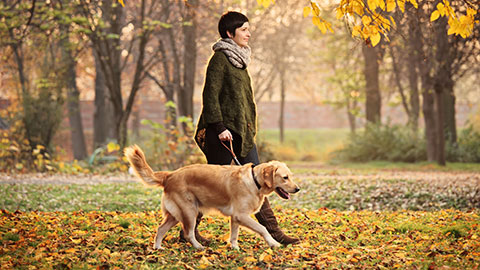 Leading sedentary lives at home and at work is one of the UK’s biggest public health challenges, two charities have argued, and this potentially contributes to as many as 37,000 deaths per year.

A report by the Ramblers and Macmillan Cancer Support in October called for employers and others to encourage people to get up, get out and get walking to improve their health.

The “Walking works” report, supported by Public Health England, argued that physical inactivity now topped smoking as one of the nation’s biggest health problems and was one of the top four global killers.

It was responsible for 10.5% of heart disease cases, 13% of type 2 diabetes cases and 17% of premature deaths in the UK, it calculated.

In fact, being inactive potentially shortened people’s lifespan by between three to five years and the associated health problems of inactivity in England were costing the economy up to £10 billion per year.

If everyone in England did enough walking to meet the recommended guidelines for physical activity of 150 minutes of moderate exercise each week, it could prevent 36,815 people dying prematurely, 294,730 cases of diabetes and 12,061 people going to hospital for emergency coronary heart disease treatment, the report said.

It also argued that physical activity could help prevent certain types of cancers, help manage the consequences of cancer treatment and even help reduce the chance of some cancers returning. It highlighted the Walking for Health programme, run by Macmillan and the Ramblers, which is supporting some 600 local schemes across England to organise free, short walks.

Benedict Southworth, chief executive of the Ramblers, said: “We’re facing a serious crisis of inactivity. We need to see greater investment in initiatives that support and promote walking as the most accessible way for people to get active.”

Ciarán Devane, chief executive of Macmillan Cancer Support, added: “Inactivity is a nationwide epidemic. Healthcare professionals need to ensure that they prescribe physical activity, such as walking, as an intrinsic part of a healthy lifestyle.”