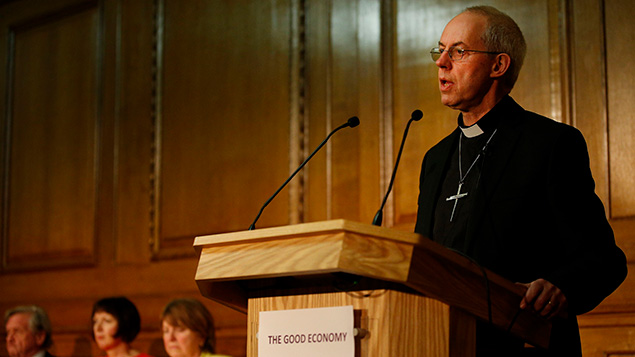 Church Commissioners, the organisation that manages the assets of the Church of England, has a huge pay gap between its highest and lowest-earning employees, according to its latest annual report.

Its highest-paid worker received £256,000 as a long-term incentive payment. Combining bonus and salary, they received 23 times more than the lowest earner. The report also showed that one staff member received a bonus of more than £250,000.

The pay gap at the organisation has been heavily criticised given that the head of the church, Archbishop of Canterbury Justin Welby, has previously spoken out publicly about economic injustice.

In 2017, the Church Commissioners gave £226.2m to the Church of England – around 15% of the Church’s overall income, making it one of the largest charitable givers in the UK.

The organisation manages an £8.2 billion investment fund on behalf of the church, and its assets include investments in the Hyde Park Estate in London, and a 10% stake in the Metrocentre in Gateshead.

The money goes towards funding mission activities, paying for bishops’ ministry and cathedral costs, paying clergy pensions (for service before 1998) and operating the national payroll for serving clergy.

It states that it has banded pay grades and is committed to paying a living wage, but employees who directly manage the fund are outside the pay scheme.

The organisation says it pays bonuses to encourage investors to beat targets over a given time period. According to the annual report, nine asset management staff shared £1.08 million last year, including the £256,000 bonus.

The report also stated that salaries were designed to reflect the market for investment specialists. “The Church Commissioners are a large and sophisticated institutional investor investing in a broad range of asset classes, including significant property holdings, and as such seek to attract and retain high-calibre investment professionals,” it said.

Pay gaps at comparable organisations are not as wide, according to data from the Equality Trust. Local authorities had a ratio of 15:1 between the top earner and the lowest earner, while the widest gap at a charity was 10:1.

However, figures from the CIPD/High Pay Commission show that ratio to be in the hundreds at a number of FTSE 100 companies.