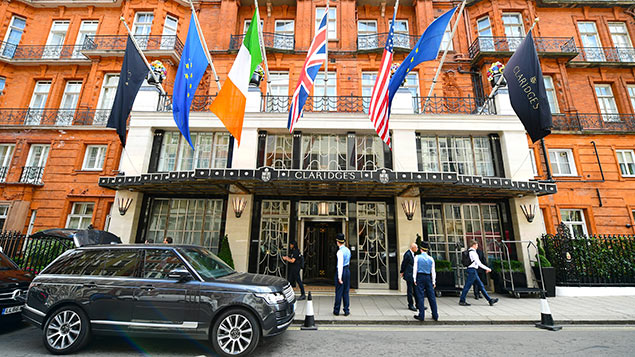 A Sikh man has won £7,000 after an agency which supplies staff to exclusive London hotels said it was not “worth” him being on its books because of his beard.

Elements Personnel Services provides agency staff for five-star hotels such as Claridge’s and the Dorchester in Mayfair.

Bearded Sikh jobseeker Raman Sethi was refused work by Elements due to the “grooming standards” of its high-end hotel clients.

Evidence submitted by the respondent included the Dorchester’s dress code for male service staff, which read: “Face: Clean shaven, No moustaches and beards or facial hair allowed. No facial piercing.”

An email from Claridge’s to Elements from 2018 read: “Few boys I can see (only from pics) with long hair and facial hair. Please ensure none of that here at Claridge’s (no pony tails, no facial hair)”.

Sethi is a practising Sikh who wears a turban and adheres to Kesh, the requirement that body hair is left to grow.

When he attended an induction event with Elements, he signed a document that included the following code of conduct, which Employment Judge Stout noted was not concerned with hygiene:

“The impression we create by our personal appearance and what we wear is a powerful visual language which communicates more about us in one glance than can be said in a thousand words. The following are our professional appearance standards and must be adhered to without exception.

“Hair styles and colours must not be extreme or unusual and must present a professional business image. Male: Hair must be neatly trimmed so that sideburns are no lower than midear and hair falls no lower than the top of the collar. No beards or goatees are allowed. Female: No elaborate styling and hair must be worn only in a bun style.”

The claimant told Elements that he would not be able to shave his beard for religious reasons. The next day, a recruitment manager spoke to Sethi on the phone and sent a follow-up email saying that she would “love to have enough shifts without food handling to make it worth your while to join us”. She suggested an alternative agency who might be able to help.

Sethi responded saying that he would love to do shifts without food handling and received a reply saying the claimant had misunderstood: “It would not be worth your while to work with Elements as there wouldn’t be enough shifts to give you. As mentioned on the phone, as we are working with five-star hotels, the hotel managers unfortunately won’t allow having facial hair due to health and safety/hygiene reasons…

“I know it’s part of your religion, and we have tried to accommodate to allow you to get started with us but unfortunately no facial hair is a part of the five-star standards as even if you thought minimal hours were fine and were working in another area you may be pulled to the food area etc and that just wouldn’t work.”

In her tribunal judgment Judge Stout said that Elements’ policy “places Sikhs generally, and it placed the claimant himself, at a particular disadvantage because it is a fundamental tenet of the Sikh faith, to which the claimant adheres, for a male to have an uncut beard and therefore we accept that a significantly greater proportion of Sikhs will not be able to comply with the [provision, criterion or practice] than will persons who do not have that characteristic.”

The judge ordered Elements Personnel to compensate Sethi £6,903, which included £5,000 for injury to feelings.

In a statement Maybourne Hotel Group said: “Claridge’s, The Connaught and The Berkeley are equal opportunity employers… We have a number of full-time and agency staff with facial hair – both for religious and personal reasons. We also have a number of staff who wear hijabs, turbans and other religious clothing in the workplace.”

A spokesperson for The Dorchester said: “We have grooming standards but we make exceptions for religious and medical reasons. We have guidelines for the employment agencies we work with and will reiterate these.”

Elements Personnel Services’ accounts are overdue with Companies House and attempts to contact a director for comment were unsuccessful.