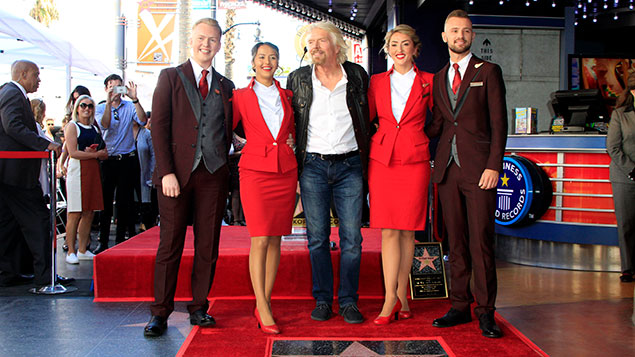 Female cabin crew working for Virgin Atlantic will no longer be required to wear make-up while on their shift.

They will also be offered the option of trousers automatically when they join the airline, rather than only when requested. The uniform for female cabin crew currently tends to be a fitted red skirt and jacket.

If staff do prefer to wear make-up such as lipstick or foundation, they are encouraged to do so from the company’s existing palette of colours, which are set out in official guidelines.

A Virgin spokesperson said that the company wanted its uniform “to truly reflect who we are as individuals while maintaining that famous Virgin Atlantic style”.

“Not only do the new guidelines offer an increased level of comfort, they also provide our team with more choice on they want to express themselves at work.”

Many airlines have enforced strict rules on uniform for decades, although these have begun to relax in recent years. For example, British Airways dropped its no trousers rule for women in 2016.

Eleanor Gilbert, senior associate at Winckworth Sherwood, said: “It’s no surprise that Virgin Atlantic has changed its dress code requirements in relation to enforced make-up application, as it seems outdated and is perceived by many as ‘sexist’.”

She added that while there have not been any reported cases centring on make-up, it was possible to see “how dictating to women to apply make-up would be in breach of anti-discrimination legislation and goes beyond a legitimate objective of customer-facing employees looking smart and professional”.

“In view of the publicity this decision will attract other airlines will surely follow suit, although it may take longer for the industry to move away from conventional standards to a sense of individuality,” she said.

Last year, the government issued guidelines for employers on how they can ensure dress and appearance codes are non-discriminatory in response to a joint inquiry by the Government Equalities Office and the Petitions Committee.

The inquiry was set up in response to a petition set up by PwC receptionist Nicola Thorp, who was sent home from an assignment for refusing to wear heels to work.