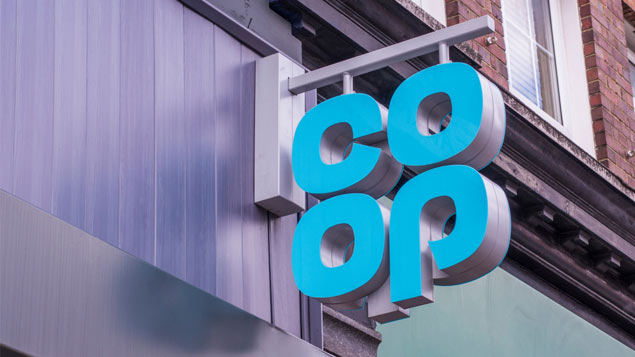 More than 100 Co-op shop floor workers are seeking up to six years of back pay in the latest equal pay claim being brought against a major supermarket.

It comes as retail workers claiming unequal pay at Asda overcame the latest hurdle in their legal battle.

Law firm Leigh Day, which is representing the Co-op staff, claimed that shop floor workers – mostly women – are being underpaid compared with warehouse workers, who are predominantly men. The retail workers believe they are carrying out work of equal value to those in the warehouse.

The difference in pay between shop floor and warehouse staff ranges from £1.50 to £3 per hour and the average shop floor employee, if successful, could be entitled up to £10,000 in back pay, Leigh Day estimated.

Chris Benson, Leigh Day’s head of employment, said staff felt they were being “underpaid for the same effort” as workers in the warehouse.

A Co-op spokesperson said it was confident it paid workers fairly.

“We have received a small number of equal pay claims. Unlike some of the bigger food retailers, we do not have large scale multiple claims.

“It wouldn’t be appropriate to comment on individual claims, but we will be defending these claims and are confident that our reward practices are fair,” said the spokesperson.

Leigh Day believes up to 50,000 current and former employees could be entitled to bring such an equal pay claim against Co-op Group.

It is the latest equal pay case being brought by supermarket employees, with similar cases involving staff at Asda, Sainsbury’s, Tesco and Morrisons also working their way through the courts.

Last week, in the case of Asda, retail workers overcame another hurdle in the legal process following a judgment handed down by the employment tribunal.

A Stage 2 Equal Value hearing was held at Manchester Employment Tribunal to decide which information will be included in the job descriptions of six female retail workers, and seven male comparators working in the distribution centres.

These detailed documents will aid independent experts to carry out a scoring exercise for the retail and distribution roles. The experts visited the Asda store in Wigan and a depot in Skelmersdale to observe the jobs being carried out and the working conditions.

They will examine how shop floor and distribution centre jobs compare in terms of knowledge; experience; responsibility for planning; maintaining stocks; looking after finance; health and safety; data handling; the need for concentration; the stress of the job; problem solving; communication; physical skills and working conditions. This information will be used to determine whether the jobs are of equal value.

The claimants achieved a more favourable outcome on some of the most important aspects of the job role, such as product knowledge. Judge Ryan concluded that Asda’s job descriptions for the women “did not go far enough as to acquiring and using knowledge”.

With regards to the targets set for retail workers, the tribunal found that Asda’s suggestion that “no-one minds” if work was not done on time and there was no pressure to get the store stocked and ready to meet peak customer demand, was “not plausible nor consistent with the evidence”.

Lauren Lougheed, solicitor at law firm Leigh Day, said: “This is yet another positive step forward in our case for over almost 40,000 Asda shop floor workers. Most significantly, Asda’s suggestion that our clients were not required to have any particular knowledge about products in order to do their jobs was completely dismissed by the employment tribunal.

“Although we still have many stages of the case to go, we continue to rack up the victories for our clients towards their ultimate goal of achieving equal pay.”

Last July, Asda was granted permission to appeal by the UK Supreme Court, after the Court of Appeal ruled that Asda in January 2019 that store workers can compare themselves to warehouse workers in their long-running equal pay dispute with the supermarket giant.

Last year, Tesco argued that UK law is unclear about whether staff in one area of a business, such as a store, can compare their salaries to those in another part, such as a warehouse. Leigh Day sought to clarify with the European Court of Justice where EU law stands on this.