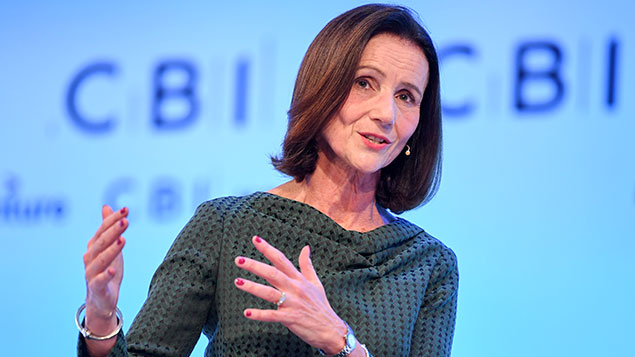 Prominent industry bodies including the CBI have called on the government to slash the £30,000 minimum salary threshold for migrant workers after Brexit.

Among the other organisations joining CBI director general Carolyn Fairbairn in signing the letter addressed to home secretary Priti Patel, were the British Chambers of Commerce, the Institute of Directors, Make UK and the Federation of Small Businesses.

They urged Patel to ensure that new immigration rules did not deny them “access to the labour and skills needed to support the economy” and recommended that a threshold of £20,100 – plus a requirement that earnings are higher than 25% of people doing the same job – would be high enough to protect wages of home-grown workers from being undercut by cheaper labour from abroad.

The organisations fear that staff shortages across a range of industries will be worsened by the existing threshold.

They also urged the government to be flexible and allow the recruitment of workers below any salary threshold on the basis of their skills.

The letter recognised the need for a new immigration system “to rebuild public confidence” and recommended it go “hand in hand with a determination to invest in training homegrown talent”. The letter supported the Migration Advisory Committee recommendations that the skill level should be reduced to A-level or equivalent to secure a work visa post-Brexit.

An extension from one to two years in temporary working visas and a radically reformed sponsorship process to reduce the cost and complexity of hiring from overseas were also proposed by the letter’s signatories.

The CIPD’s chief executive Peter Cheese was among signatories as was Neil Carberry, CEO of the Recruitment and Employment Confederation.

Earlier this week, it emerged that prime minister Boris Johnson was considering scrapping the £30,000 threshold from the Australian-style points-based immigration system the government plans to implement.

It is not thought that such a move would be universally welcomed among Conservative MPs with Iain Duncan Smith warning that removing the salary threshold could make it difficult for the government to reduce immigration, a key pledge from the referendum campaign.

Last year, a CBI study outlined the problems businesses would face if the salary threshold were introduced, finding that 62% of workers earned less than £30,000 a year in the prosperous south-east of England. The accommodation and hospitality sector, where 86% of workers earned under £30,000, would be particularly badly hit, the CBI warned.

Immigration expert Chetal Patel, partner, Bates Wells, said Brexit provided the government with the chance to “be creative and imaginative. Currently we have a system which is burdensome to businesses and individuals”.

She said she feared the government would not take the opportunity to be flexible and that the recommendations set out by the signatories would go unheeded, adding: “We currently have a shortage occupation list for critical roles where there is a skills shortage, albeit there are minimum salary levels for these roles.

“A similar list could be geared towards areas where we know we have staff shortages in certain professions. In most cases these will be sectors which are heavily reliant on EU workers.

“The harsh reality is that there isn’t going to be a one-size-fits-all system – an employer, sector, individual or certain region is going to miss out.”