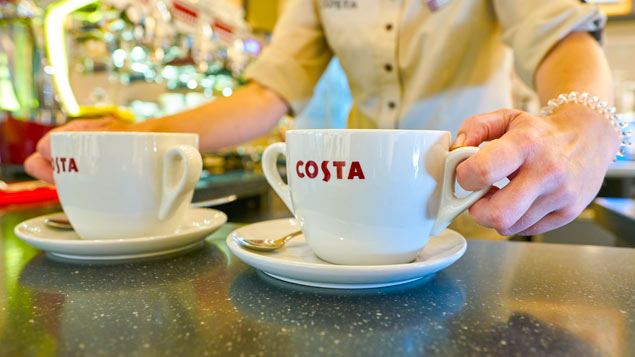 Employees at a Costa Coffee franchise in Essex claim they have had £200 deducted from their final payslips to cover training costs.

Staff also received pay deductions for till discrepancies and running costs, with many claiming that their contracts do not have clauses relating to deductions, according to a report on the BBC.

Some staff, who work for Costa Coffee franchises run by Goldex Investments Essex, also claimed they were never given written contracts. Others said they were carrying out managerial roles while being underpaid for the work they were doing.

Courtney Morton, a former part-time employee at a Costa store in Upminster, said she was charged a flat £200 rate for training despite being told that the charge would be equivalent to one weeks’ wages, which were less than £200 a week.

“The deductions were really unfair. They deducted everyone if they were late, with the money increasing as the time went on up until an hour,” she told the BBC.

A Costa Coffee spokesperson said: “Deductions are circumstantial and reviewed on a case by case basis by the partner”.

Staff who had not received a contract or were not being paid correctly for the role they were carrying out were advised to contact the franchisee.

“We take complaints such as these very seriously and have shared those we’ve been made aware of with our partner who operates the franchise business to investigate as a matter of urgency,” the spokesperson added.

Goldex Investments Essex urged employees to discuss any issues with their line manager.

Staff began highlighting the deductions on social media after it was reported a worker in the Upminster store was told to pay back £280 that was stolen from the till earlier this month.

Dagenham and Rainham MP Jon Cruddas said Costa Coffee “should be investigating why one of their managers has seemingly pressurised a young worker to pay back funds after a robbery – especially as Costa are claiming this is not usual practice.”

Costa said an internal investigation into the incident was being conducted and claimed no workers had been asked to repay the stolen money.

In a letter posted on Twitter, Goldex Investments Essex confirmed that no money would be deducted from the employee’s salary.