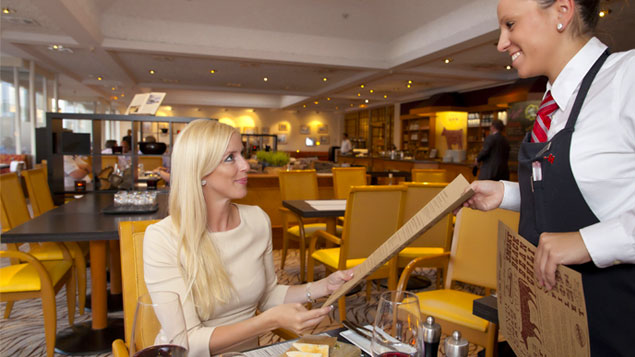 New legislation to ensure that tips go to workers and not to their employers will be introduced in a crackdown on poor tipping practices.

Theresa May will announce plans today to ban organisations from keeping tips given to staff.

According to the Department for Business, Energy and Industrial Strategy (BEIS), the legislation will also prevent excessive deductions being made from tips left by customers.

Restaurant chains such as Belgo, Café Rouge and Strada have faced criticism for taking 10% from the service charges staff receive, while Ask and Zizzi deduct 8%.

BEIS said the regulations – which will be introduced at the earliest opportunity – will “give consumers reassurance that the money they leave in good faith to reward good service is going to the staff, as they intended – ensuring that hard work is rewarded”.

In August, TGI Fridays staff went on strike over kitchen workers being offered a share in tips in lieu of a pay rise.

Unite said it should be up to staff, not employers, to decide how tips are shared out.

“There will be question marks as to whether [the legislation] will deal with the myriad of scams some restaurants use to pilfer staff tips to boost their profits, in addition to dealing with unjust situation at TGI Fridays, who use tips left for waiting staff to subsidise the low wages of skilled kitchen staff,” Unite regional officer Dave Turnbull told the BBC.

In 2016, former business secretary Sajid Javid launched a consultation into plans to stop employers making deductions from tips, but no legislation was introduced.

The consultation also included plans to ban or restrict the ability for employers to charge a fee to waiting staff based on their sales during a shift. The government’s response to the consultation has not yet been published.

In a separate dispute over low pay, workers at JD Wetherspoon, McDonald’s and TGI Fridays are to strike on 4 October, with the Bakers, Food and Allied Workers Union calling for a pay deal of £10 per hour.