By John Eccleston on 29 May 2013 in Sexual harassment, Equality & diversity, HR practice, Bullying and harassment 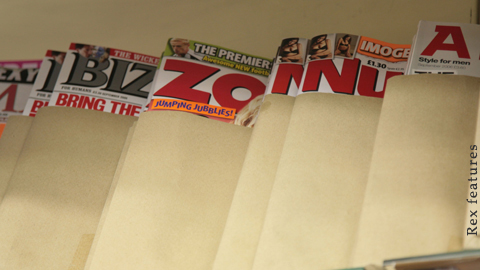 Debate has continued today over the suggestion that retailers that stock so-called “lads’ mags”, and require their employees to handle and sell them, could find themselves liable for sexual harassment claims.

This week, Personnel Today reported on a letter sent to the Guardian newspaper by a group of human rights and equality lawyers, which suggested that employers could be breaching the Equality Act 2010 by stocking magazines containing images of scantily clad women.

In response to the letter, employment law trainer and XpertHR consultant editor Darren Newman questioned the claims made by the lawyers and suggested the Guardian’s report was the result of a “slow news day”.

Personnel Today set out to obtain clarity over the claim made in the letter and received a response from Aileen McColgan, barrister at Matrix Chambers and professor of law at Kings College London.

In advice provided to the Lose the Lads Mag campaign, McColgan said: “The display of pornography and ‘lads’ mags’ is capable of amounting to sexual harassment as defined by the Equality Act 2010: ‘unwanted conduct of a sexual nature’ that has the ‘effect [even if not the purpose] of violating [a worker’s] dignity, or of creating an intimidating, hostile, degrading, humiliating or offensive environment for her [or him]’. There is no requirement that the conduct be ‘directed at’ the person who objects to it. Nor does it matter that one worker finds the conduct objectionable in a manner set out by the Equality Act 2010 whereas another does not – the definition of harassment is largely a subjective one.

“This is equally the case where the display of pornography consists (only) in the display of pornographic material for sale. This display (and the consequent requirement imposed on sales staff to handle such material) may well amount to “unwanted conduct of a sexual nature” that has the “effect [even if not the purpose] of violating [a worker’s] dignity, or of creating an intimidating, hostile, degrading, humiliating or offensive environment for her [or him]”. Even if it were not to be accepted that the display or requirement to handle did not in these circumstances amount to “conduct of a sexual nature” (s.26(2) Equality Act 2010) it is hard to dispute that it is “conduct related to” sex (s.26(1) Equality Act 2010).”

Warning of potential legal action by customers, McColgan added: “Unwanted exposure to pornographic material, whether in the capacity of worker or customer, is capable of giving rise to a legal claim under the Equality Act. This is because workers and those who access goods and services, including by visiting a shop, are protected under the Equality Act in respect not only from sex discrimination but also from sexual harassment which consists of “unwanted conduct” which is either “related to sex” or which is “of a sexual nature”, which conduct (which may in my view consist in the display of pornography) “has the purpose or effect of violating [the complainant’s] dignity, or creating an intimidating, hostile, degrading, humiliating or offensive environment for [the complainant]”.

However, in response to the points raised by McColgan, Newman said: “I think the central point is that the mere sale of a product that is in itself legal is not conduct of a sexual nature or in any way related to sex. After all, the employer is a business that has ordered these magazines because customers presumably want to buy them. What goes on the cover is not determined by the employer. Copies of Zoo magazine would go on sale whether the cover featured a naked woman or a picture of a motorbike. So how can putting that on sale be conduct related to sex or of a sexual nature?

“It would be quite different if the employee objected to handling the material and was victimised or harassed as a result. But as long as employees are treated with respect, I cannot envisage the courts saying that it is unlawful for a newsagent to sell magazines which in themselves are lawfully published.

“This is an old argument. Remember MP Clare Short’s ‘off the shelf’ campaign from the 1980s? I’m not taking any position on just how bad these magazines are, but I think bringing discrimination law into the equation is a mistake.”