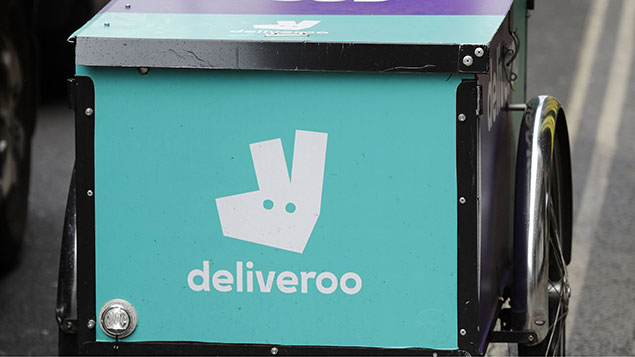 Deliveroo riders are not workers and are self-employed, according to a decision yesterday by the Central Arbitration Committee.

This means the food delivery company does not have to offer its couriers the minimum wage or holiday pay, contrary to recent rulings against Uber and other courier companies that have deemed drivers are workers.

It also means that the riders are not entitled to union recognition.

The CAC, the non-departmental Government body that resolves collective worker disputes, decided that because the riders had the right to allocate a substitute to do the work for them in their contract, they were self-employed contractors.

The case was brought by the Independent Workers Union of Great Britain (IWGB) on behalf of couriers in the Camden and Kentish Town districts of North London.

But the right to substitution was “fatal to the union’s claim”, according to the judgment. “In light of our central finding on substitution, it cannot be said that the riders undertake to do personally any work or services for another party,” it said.

It also ruled: “The central and insuperable difficulty for the union is that we find that the substitution right to be genuine, in the sense that Deliveroo has decided in the new contract that riders have a right to substitute themselves both before and after they have accepted a particular job; and we have also heard evidence, that we accepted, of it being operated in practice.”

Deliveroo has made a series of changes to its contracts to allow riders to bring someone in to cover their work, as well as removing the requirement for riders to wear its branded clothing – factors that affect whether there is “control” from the employer and therefore tip the balance into worker status.

Dan Warne, Deliveroo’s managing director in the UK and Ireland, said: “This is a victory for all riders who have continuously told us that flexibility is what they value most about working with Deliveroo.”

He wants the Government to change employment law so companies like Deliveroo can offer benefits such as injury pay and sick pay while riders maintain self-employed status.

He added: “We want to work with Government to update legislation and end the trade-off between flexibility and security.”

Crowley Woodford, employment partner at law firm Ashurst, said: “In rejecting the current judicial trend the CAC has today decided that the Deliveroo riders are self-employed and therefore not entitled to union recognition.

“This will be a significant blow to the unions who are trying to expand their membership within the gig economy by challenging the basis on which such employers engage and use their labour.”

The IWGB said Deliveroo was trying to “game the system” and claimed the CAC ruling showed that the majority of Deliveroo riders wanted more worker rights and union recognition.

General secretary Jason Moyer-Lee said: “Despite the CAC’s finding that a majority of the riders in the bargaining unit would likely support union recognition for the IWGB, it seems that after a series of defeats, finally a so-called gig economy company has found a way to game the system.

“On the basis of a new contract introduced by Deliveroo’s army of lawyers just weeks before the tribunal hearing, the CAC decided that because a rider can have a mate do a delivery for them, Deliveroo’s low-paid workers are not entitled to basic protections.”

The union said it will review the judgment and decide the best course of action.

Seb Maley, CEO at Qdos Contractor, which advises freelance contractors on tax and insurance, said the decision is yet another indication that employment law is too complex and needs simplifying. “The boundaries between what constitutes as an employee, a contractor and even a gig economy worker must be made clearer for all parties involved.

“This is made all the more important given the uncertainty surrounding IR35 [tax rules] currently. Without clarity over the definitions of each worker, how can we expect the companies engaging them to make accurate employment status decisions in the public sector and potentially the private sector?

“With Deliveroo, substitution was the pivotal element in deciding riders were self-employed. But in recent public sector IR35 reform, substitution was a huge grey area, simply emphasising the need for clarity in employment law across the board.”

In July, Matthew Taylor’s review of modern employment practices included a proposal that the current status of “worker” is renamed “dependent contractor” and individuals who fall into this category should receive employment protections, and that those who “control and supervise” their workers should pay a range of benefits, including national insurance.

In a separate development, the IWGB has accused courier company CitySprint of “making a mockery” of UK employment rights after it changed couriers’ contracts to avoid paying them the minimum wage and holiday pay.

In January, a tribunal ruled that CitySprint courier Maggie Dewhurst was a worker and should be entitled to basic employment rights. CitySprint has since dropped an appeal against this decision but has altered its contracts to better reflect a self-employment relationship.

A spokesperson for the company told The Guardian: “We have updated our [cycle] courier tender documents to simplify the language in these, further clarifying the rights and flexibilities available to self-employed couriers who provide their services to us. We enjoy a great relationship with couriers, who continue to enjoy the freedom and flexibility of their current role.”

The IWGB said it plans to hold CitySprint to account, saying: “It goes to show that in the absence of government enforcement of employment law, companies will try to act with total impunity.”

The Government is due to clarify its position on employment status in response to the Taylor review by the end of this year.

One Response to Landmark decision rules Deliveroo riders are self-employed