Is testing candidates before they apply the future of recruitment? 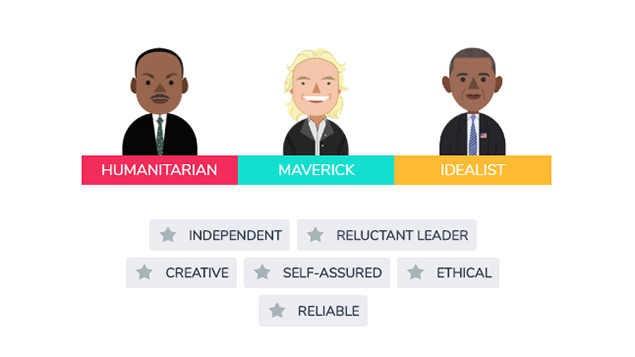 Psychometric tests used to be long, formal exercises candidates would take some way into the recruitment process. But could testing potential applicants before they even apply mean employers get a better fit, or more of the same? Peter Crush investigates.

If you think you’ve seen everything to do with psychometrics, think again. Start-up Good&Co is one of a growing number of digital disrupters, deliberately shaking things up.

Out are boring, monotonous questions, apparently covering the same thing; in are barely-there “tests” that couldn’t be more fun, or cryptic if they tried – with conundrums such as ‘Congrats – you’ve won a free ski-diving lesson: ‘Re-gift it!’ or ‘Let me at it’ [complete with a sliding scale users move to indicate how much they agree].

And it’s not just that this is a fast, app-based test that attention-short millennials can take on their smartphones; it’s what the results say, and how they’re going to be used that is really interesting – particularly as the aim is for candidates to take these tests before they even formally apply for a role.

“The results give users three highly accurate key personality traits [like ‘straight shooter’ or ‘strategist’] plus a short-tag line to go with it,” explains partnerships manager Tom Mason.

“But key is applicants being able to search for specific people in organisations (that they might be working with) that have already done our tests, or company personality aggregations, to indicate whether they’ll get along.” There are more than 2,000 corporate profiles on the database so far.

Once searched for, users can see, for example that their ‘thinking styles’ are X% compatible, or that ‘competitively’ they are X% similar, with an overall compatibility score generated.

Good&Co is now part of StepStone, which owns job boards Jobsite and Totaljobs, and there are plans to include details of the app on job ads so jobseekers can do their own psychometric test before they even apply, or so employers can set thresholds for candidates before they apply.

But is this (and should this) be the future? For sure, applying psychometrics earlier in the process is a departure from the near-the-end rubber-stamping role psychometrics normally takes. But, advocates not only argue there’s no reason why it shouldn’t; they think it’s actually better this way.

“It sort of makes sense,” argues Gareth Jones, COO at Headstart AI, which has developed technology that invisibly applies psychometric tests at the point applicants apply to a company’s website.

“Saving psychometrics till the end is like taking whoever’s left after an interview process and trying to fit them against a profile that might be different to what the interviewers were assessing on,” he says.

“Because we identify the desired profile for each advertised role first, having psychometrics early then works much harder, actively identifying the people best suited to go to the next level.”

He adds: “Instead of the alignment of people to the role being at the end, the alignment should be the first part of the process. To me, the earlier psychometrics are used, the better.”

However, there’s a fear that, by applying psychometrics early, employers risk simply ending up with exactly the same types of people, to the exclusion of seeing others that may not have cleared this initial hurdle, but bring different qualities.

“It’s a worry, but it needn’t be,” argues Jayson Darby, psychology manager, Thomas International. “Our research actually suggests psychometrics improves diversity because they remove unconscious human bias and seek just the best qualities irrespective of gender, or race, or academic background,” he says.

“This being so, and because companies rightly want to reduce cost to hire, the fact early psychometrics offers a sifting and job suitability element in-one is hugely tempting.”

Not all agree – although not for the reason many might expect. “Although the science around psychometrics is proven, my concern is actually around how the candidate experience is impacted,” argues Andy Sumner, MD (UK) at Monster, which doesn’t offer pre-application psychometric testing.

“What brands are effectively doing,” he says, “is asking people to do more, when candidates want to do less. Early psychometrics might be good for the employer, but it’s a candidate-driven market.”

He adds: “You have to wonder what candidates’ reactions are going to be when they’re told they’re not the right ‘fit’. Will they accept that a simple psychometric test tells a prospective employer everything about them? I’m not sure they will.”

Companies using early psychometrics include Vodafone and Accenture, but according to Darby, psychometrics done well could actually boost the candidate experience, by providing them with a much more detailed explanation of why the brand thinks they’re not for them. “At least jobseekers get feedback for the time they’ve invested,” he says.

At Headstart AI, Jones says he’s able to take this a step further, by suggesting to jobseekers that while their profile may not fit the firm they originally applied for, it does fit others it represents, and can forward their application to them instead. However, what is commonly agreed is that the right psychometrics need to be chosen for the right reason.

“The big caveat is that psychometrics must only support a robust job analysis exercise – and it’s the latter that’s just as important.” says Darby. “Where firms often go wrong is thinking they’ve identified the best trait for a role because that’s what’s demonstrated by people they already have. But often, these people have been influenced by bias, meaning this trait isn’t at all what’s important. It’s establishing which trait you’re measuring that really matters.”

While there is widespread agreement that pre-interview psychometrics can be useful, without following the chosen applicants long-term, how can it be proven that this type of selection works?

“What’s not well established is the extent to which psychometric profiling at an early stage validates people’s performance later down the line,” says Tom Marsden, CEO of Saberr, whose Saberr Base psychometric tool predicts cultural fit later on in the recruitment process.”

But could this be changing too? Suzanne Courtney, MD at assessment specialist cut-e, says: “We use psychometrics early for the likes of EasyJet and Rolls Royce because they hire grads, and at that age most haven’t got proven work experience, so there’s a genuine need to assess potential.”

This may go some way to address the future career question, she adds: “We now run validation studies, with actual employees, to check that the behaviours we select on do then follow through to outcomes.”

According to Andy Gooday, managing director at Round Peg Search, which hires for mid-level positions upwards in retail, the time has come for psychometric providers to really press home its benefits: “The stats show 40-60% of hires fail because people leave after 18 to 24 months,” he says.

“Lots of companies use cost to hire or time to hire metrics, but it’s up to psychometric providers to push the retention of hires aspect instead. Because our tests measure the motivations people have for even applying in the first place, we feel we’re able to get to the heart of how the advertised job fits a jobseekers’ career aspirations.”

He says that not only does this help clients find better candidates, but doing the psychometrics first means employers can fine tune what they want to cover in the job interview.

Saving psychometrics till the end is like taking whoever’s left after an interview process and trying to fit them against a profile that might be different to what the interviewers were assessing on” – Gareth Jones, Headstart AI

All told, he believes the data proves the approach works. “We have 92% retention rates of people we place after two years,” he says.

But should there still be a note of caution? Some argue there should. There are lots of different tools out there, and many counsel it’s vital recruiters understand which psychometrics do what job: “For some roles, verbal and numerical reasoning tests better predict performance, not personality profiling,” says Marsden. “If they want to use early psychometrics, it’s essential HRDs understand what products to use to actually predict future performance.” Thinking of candidate experience, it’s also vital jobseekers are explained why a test fits a role.

“Product choice can impact candidate experience,” says Gooday. “It might not be obvious why a numerical test fits with, say, a customer service role (which might be the best test to use), which could leave job hunters less, not more engaged.”

However, Jones argues that any potential benefits really do outweigh the pitfalls. In his previous role at Chemistry Group, which also offers clients early psychometrics, SAP ended up finding candidates from a university it might not have considered before because it wasn’t considered a top-tier source of graduates, all because of this early profiling.

He says: “It just shows that when you remove bias, you really can find the best people from unexpected places.”

Dr Mark Batey, senior lecturer in organisational psychology, Alliance Manchester Business School, concludes that there will always be some bias, whenever the employer decides to introduce psychometrics.

“But, it is miniscule, and the amount of bias real people have is even greater,” he says. “On this basis alone, psychometrics should be used, as early as possible in the process. HR and line managers may not want to, for fear it means their important judgement is being questioned, but you can’t ignore the fact it creates better diversity.”

He offers a final note of caution, however: “Anything that’s subjective – like whether someone has the right culture fit, should be left to as near the end of the process as possible – because that’s where it creates the least damage.”

2 Responses to Is testing candidates before they apply the future of recruitment?