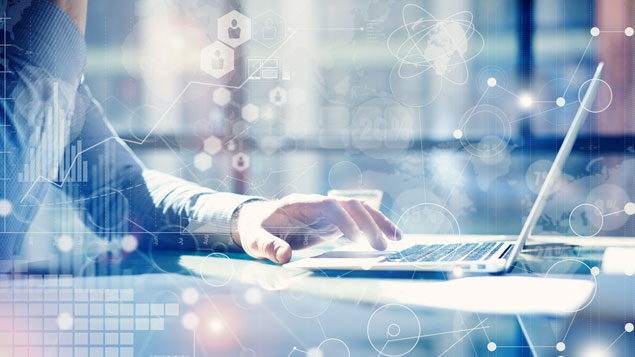 HR leaders are keen to invest in tools that will digitise HR but at the same time struggle to keep up with the rate of change, according to Randstad Sourceright’s quarterly Talent Trends survey.

Three-quarters of HR leaders and senior business executives said that digitisation was impacting their business, yet the majority also felt that “migration to a digital HR model” was moving too quickly.

Why recruitment and talent management strategies need to change

There is also a sense, for many employers, that competitors are outspending them in terms of technology investment.

In the UK in particular, Randstad Sourceright found that 56% of respondents felt that other companies spent more on talent innovation, and they plan to invest more as a result.

What is behind this increased sense of confidence, but also concern they are not doing enough? Almost all of the 700 leaders in 15 countries polled by Randstad Sourceright reported business growth in the last 12 months, and 70% said they would “hire extensively” over the next year.

Tellingly, one of the key roles they are looking to fill is talent acquisition – a lynchpin role that will support their bullish recruitment plans. More than three-quarters believe talent scarcity will impact their business in the year ahead, so filling this role will be crucial to meeting business goals.

Companies are also keen to hire more digital HR specialists to support growth – more than half (53%) of HR leaders are increasing investment in this area.

Adoption of artificial intelligence (AI) is rapidly becoming a reality for many employers. Randstad Sourceright found that the increase in use of AI and robotics is highest in continental Europe (34%) and Asia (also 34%).

There is a difference in perception when it comes to the jobs AI is likely to affect, however. C-suite executives tend to think it will impact IT and technology roles the most, while almost one-third of HR professionals think it will automate aspects of their role.

But while there is some concern over how technology could replace jobs eventually, nine in 10 organisations said that investment in technology enhances their ability to manage their workforce and achieve their business goals – citing investment in time and attendance systems, analytics, CV parsing tools and L&D software as important for productivity.

One respondent summed up their investment technology like this: “Uncovering new and more efficient ways to find talented individuals and using technology to close the skills gap.”

Encouragingly, HR’s enthusiasm for investment in technology that can support productivity is shared at senior executive level – 83% think adoption of technology influences a company’s ability to attract talent.

However, when it comes to employer brand, there is some disparity between top-level executives’ perception of its importance, and HR leaders’ view. Half of senior executives consider it to be important, compared to 37% of HR, and 88% of HR professionals feel they already devote enough resources to brand.

We face greater workforce complexity and increasing competition for talent, and that’s why the C-suite turn to you for answers, and for results.” – Rebecca Henderson, Randstad Sourceright

Similarly, 49% of executive leaders see integrated talent as a way to build for the future, whereas only 25% of human capital leaders agree. Furthermore, only 13% of HR leaders believe that their company excels at giving a positive candidate experience during the recruitment process.

Rebecca Henderson, CEO of Randstad Sourceright, insists it is crucial for HR’s goals to become better aligned with those of C-suite executives. She said: “Leading your organisation to success depends on aligning your talent strategy with the executive vision.

“We face greater workforce complexity and increasing competition for talent, and that’s why the C-suite turn to you for answers, and for results.”

In the UK specifically, almost twice as many respondents admitted to finding the speed of digital transformation as problematic compared to those experiencing the positive benefits. As a result, talent acquisition was one of the most sought-after roles UK recruiters were looking to fill.

That said, UK HR leaders were optimistic about the impact of automation and robotics, with 88% of the belief it would have a positive influence on business in the next three to five years.