UK workers among the most engaged, survey finds

By Jo Faragher on 20 Jun 2017 in Employee engagement, Physical environment 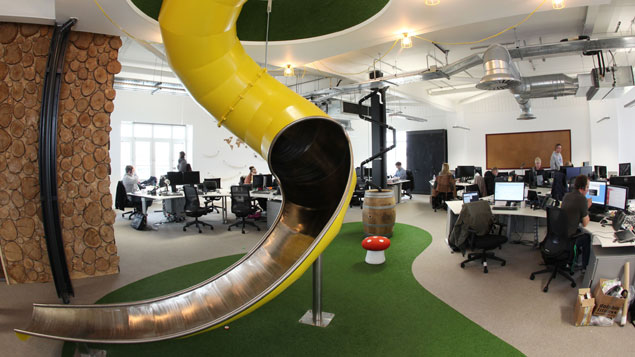 The UK has one of the most engaged workforces in the world, according to a global piece of research into happiness at work.

In the UK, 89% of workers felt either very or somewhat engaged. However, only half of UK workers said their workspace environment allowed them to work “completely effectively”.

Japan has the most unengaged workforce, with 21% reporting as not engaged at all, followed by France, where 19% said they were unengaged.

Respondents in all countries scored recognition (60%), personal learning (54%) and creativity (53%) high on their list of factors leading to workplace happiness.

Almost nine in 10 respondents thought that appointing a chief happiness officer would be a good thing, and 70% said that what they most wanted from their work environment was for it to facilitate happiness.

Just under half (46%) of respondents said they aspired to work in an entrepreneurial culture. However, gimmicks such as ping pong tables or slides – often associated with companies such as Google – did not impress respondents. Only 12% thought a good work environment should facilitate games.

When it came to working surroundings, 49% of people who work in an enclosed office in the UK are ready to work in a completely open plan office, and just over a third (37%) would like hot-desking arrangements.

Globally, just over 70% of workers had a desk in an open plan office which they shared with at least 10 people – while a quarter worked in open plan offices with more than 50 people, JLL found. On average, 40% of workspace globally is open plan, it said.

Almost half of respondents globally believe that being able to concentrate in the workplace is a top priority.

Younger people were more likely to prefer communal spaces – those under 35 said being able to work communally had a strong impact on quality of life and engagement.

Neil Murray, EMEA CEO of Corporate Solutions at JLL, said: “In a world increasingly driven by data and digital innovation, the future of work is actually more about people than you might think.

“Organisations can no longer only focus on providing space to work, they need to create places that enable people to achieve their ambitions. Appealing to what people want can have transformational benefits to businesses.”