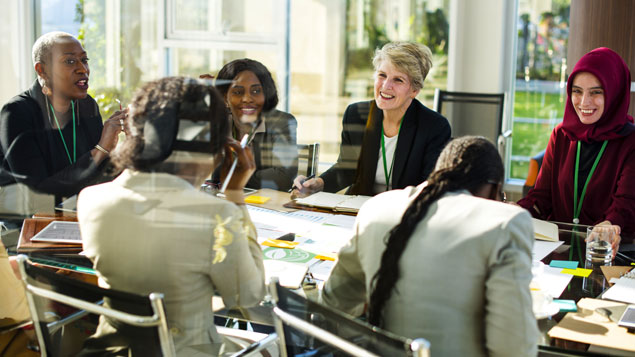 Businesses need to “think outside the box” when recruiting if they want to improve diversity across their workforces – especially in entry-level positions.

According to The 5% Club – an organisation that encourages its members to have 5% of its workforce in earn and learn programmes – only 11.3% of apprenticeship starts are made by non-white applicants and 10% are by people with learning difficulties or disabilities.

Although women represent 54% of apprentices, only 8.1% of those in science, technology, engineering or mathematics (STEM) programmes are female.

Businesses need to collect better data on diversity and ensure that their workplaces are inclusive and welcoming to people from different social backgrounds, according to Leo Quinn, chairman and founder of The 5% Club.

“The 5% Club stands strong in our belief that the diversity and inclusion deadlock can indeed be broken – and action must be taken immediately given the skills gaps which exist across our economy,” he said.

The 5% Club’s Breaking the Deadlock report, traditional recruitment strategies were not working, so employers needed to consider other methods for attracting a diverse workforce. These included:

Dr Mark McBride-Wright, founder of networking group EqualEngineers and chair and co-founder of LGBT group InterEngineering, said employers need to be more open with their staff. Many organisations do not feel confident enough to ask new employees about their sexual orientation and gender identity.

“It is uncharted territory combined with a sense of nervousness,” he said. “Companies need to be open with their employees, explaining how information will be used to improve the workplace, and offer reassurance that data is stored highly confidentially.”

The Government also needs to play its part, said Quinn, by improving careers advice, encouraging girls into STEM subjects and setting an example by improving the diversity among its own suppliers.

The report argues that while employers were resistant to having to comply with additional regulation, there is broad support for the right legislation to be put in place to encourage a cultural change.

While its members believed that the next step would be the requirement for employers to publish their ethnicity data by salary band, The 5% Club said this might be complicated. The accuracy of ethnicity data could not be relied on as employees might be reluctant to declare their ethnicity, and calculating an “ethnicity pay gap” would be more complex than gender pay gap calculations as the Office for National Statistics reports 19 different ethnicity groups.

The Government was also encouraged to improve careers advice for young people. The report said this should happen as soon as possible as “children’s career aspirations, often based on ingrained stereotypes… can be ingrained by the age of seven”.