Employment regs: what happened to the ones that got away? 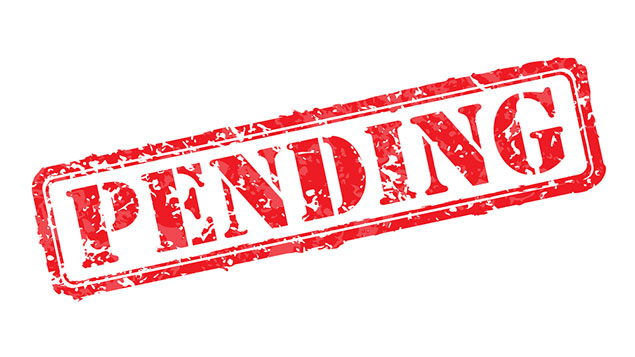 Keeping on top of employment law developments can feel like a full-time job for HR professionals, but that’s just the rules and regulations that get passed. What about those pledges and policies that are still to get off the ground?

With so much attention focused on getting the right – or indeed any – deal for Britain’s exit from the EU, it’s perhaps hardly surprising that some of the pledges that have been made by the government in recent years are still to appear in the statute books.

While this year has seen a handful of legislation put on the table and consultations launched – most recently the proposed requirement for listed companies to declare the pay ratios between CEOs and average-paid workers – what happened to some of those initiatives that were announced with a fanfare, but then seemed to disappear? We look at some of the key political promises that have been placed ‘on the shelf’, yet to be approved or dumped forever.

Labour first mooted the idea of some form of leave for grandparents in 2015 as part of its election manifesto, suggesting that ordinary parental leave (which allowed parents to take up to 18 weeks’ unpaid leave) could be extended to grandparents.

When the Conservatives came to power later that year, they announced plans to extend shared parental leave (SPL) (introduced in April 2015) to grandparents.

The aim was to implement the policy by 2018, but reports now suggest that grandparental leave has been shelved while the government carries out a broader review of SPL following the extremely low take-up of the right.

For many employers, this pause will come as a relief. According to a survey carried out by the CIPD in 2016, only just over a quarter (27%) felt that grandparental leave was a good idea, while a similar proportion thought the proposals went a step too far.

Jonathan Maude, partner at law firm Vedder Price, believes this is one of the motivations behind the government’s decision.

“I think they’re trying to free up employers from further regulation and requirements to make accommodations. Although it runs counter to a lot of other things they’re doing to encourage people to stay in work longer,” he says.

Liberal Democrat MP Jo Swinson, one of the architects of SPL as employment relations minister in the coalition government, has voiced concerns that shared grandparental leave could make it harder for fathers to play their role.

Pay reporting came back into the spotlight this month with legislation requiring listed companies to report their CEO/worker pay ratios brought before parliament.

A proposal to require certain employers to publish their ‘ethnicity pay gap’ was put forward by both the Conservatives and Liberal Democrats prior to the 2017 general election, following a recommendation by Baroness McGregor-Smith in her review of diversity at work.

In her review, McGregor-Smith had suggested that listed companies and organisations with more than 50 employees should publish a breakdown of employees by race, by pay band, on their website and in their annual report.

Questions were raised at the time around how this might work – with many more variables than gender pay gap reporting, the results would be more difficult to calculate, for example – and this is far from becoming a legal requirement at present.

That said, in February this year, the Department for Business, Energy and Industrial Strategy (BEIS) commissioned research from charity Business in the Community on progress employers have made on racial diversity since the McGregor-Smith review, including whether companies should report their ethnicity pay gap. The review is due to close in 2019.

What else is coming up?

Facility time reporting for public-sector employers in England: The core requirement is to publish on website/in annual report the total cost to the employer of union facility time. Publication is expected to be available from 1 July 2018.

Reporting employee benefits in kind: Employers who paid employee expenses or benefits during the 2017/18 tax year have until 6 July to submit P11D forms to HMRC, or they could face significant fines. This applies where employers offer benefits where an employee makes up some of the cost of the contribution.

Check-off arrangements take effect: Rules for public-sector organisations allowing them to deduct union subscriptions from salaries are to be amended, meaning workers would be allowed to pay union subscriptions by other means should they so choose. These regulations were due to come into effect in March, but a new date is yet to be confirmed.

Extension of right to pay statements to workers: The right to itemised pay statements, which currently applies only to employees, will be extended to those defined as “workers” and will apply to periods of work that begin on or after 6 April 2019.

Brexit immigration changes: Final details are still far from being confirmed, but the government is due to introduce an Immigration Bill that will give EU migrants living in the UK “settled status”, and confirm how EU migrants entering the country after the transition phase can gain the right to live and work in the UK.

In its response to the suggestions made in Matthew Taylor’s Review of Modern Working Practices, issued in February this year, the government lists 53 recommendations for how it might support ‘Good Work’ through policy and legislation.

However, many of these are yet to materialise and are still under consultation, and in April the BEIS committee urged the government to get a move on to protect vulnerable workers and “turn words into action”.

Committee chair Frank Field MP proposed that one option could be to introduce a short Bill that would guarantee some basic rights for workers, after which further legislation could be developed.

Last November, Field’s committee published a draft ‘gig economy’ bill, the central tenet of which was to introduce ‘worker by default’ status, so all employees would receive day-one employment rights such as the right to holiday pay and sick pay.

Stephen Simpson, principal employment law editor at XpertHR, suggests that, were this right introduced, it may prove more complex than first expected.

He says: “While a ‘worker by default’ principle is an appealing idea, it is not quite the magic bullet that some would have you believe.

“There would need to be checks in place to ensure that individuals who actually wish to be self-employed, for example as a lifestyle choice or if they can earn more that way, can remain so.”

There could also be complexities in implementation, adds Simpson: “The suggestion is that the legislation would apply the ‘worker by default’ model only to companies above a certain size or with a certain number of self-employed, but we have had no indication as to what this threshold would be and how it would be worked out.

“Also, are there ways around this, such as setting up a number of smaller companies that fall below the threshold? And how would courts and tribunals interpret a ‘worker by default’ principle?

“The change would effectively introduce a new burden of proof on employers and it could take years of case law against large companies for an approach to be established.”

Another recommendation made in the Taylor review was that there should be duties for employers to report on certain aspects of their workforce structure, such as the proportion of zero hours contracts or how they use agency workers.

The government responded that it was monitoring corporate governance reforms, and was considering the possibility of urging companies to include a ‘people statement’ in their annual reports to reflect their workforce structure.

But while a number of corporate governance measures have emerged in recent months, the focus has often been on keeping tabs on executive remuneration and pensions protection – in the wake of high-profile business failures such as BHS and Carillion – rather than employee voice and transparency.

Workers on boards, a recurring theme in Theresa May’s pre-election rhetoric last year, is another proposed reform that has since been watered down.

Under the Financial Reporting Council’s proposed code of corporate governance, employers are only required to either designate a non-executive director with oversight of employee issues, set up a formal employee advisory council, or elect a director from the workforce.

The government’s flagship Industrial Strategy policy, unveiled last November, claimed to have skills and training at its heart. It promised to publish a comprehensive careers strategy that would improve access and quality of careers advice to people of all ages.

This careers strategy was published last December, including benchmarks for secondary schools to improve their careers provision. However, in May, the Careers and Enterprise Company, which is tasked by the government to deliver aspects of this strategy, appeared before a Commons select committee, where it was accused of wasting millions of pounds on research and being a “woeful waste of money” by MPs.

Furthermore, firm plans on the proposed National Retraining Scheme – which will help people re-skill as jobs evolve in coming years – are still to emerge. An advisory group of government officials, union leaders and industry bodies such as the CBI met in March to discuss plans for the scheme.

Meanwhile, the first schools and colleges to teach T-levels – a new vocational qualification framework at the centre of the government’s skills strategy – were announced last month. Some courses are due to start from September 2020, but the full roll-out has now been delayed until 2023, according to the Department for Education.