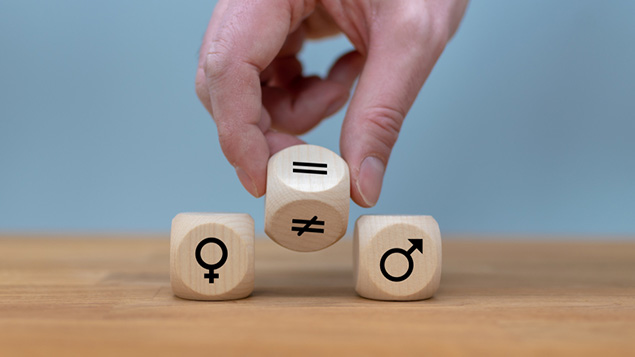 The original aim of gender pay gap reporting was to shed light on pay discrepancies and apply enough pressure to drive gender parity in wages. But after two rounds of reporting, significant change is still to happen. Should the government sharpen its pencil, asks Ruth Thomas?

When the latest reporting cycle for UK employers’ gender pay gap closed in April (or the end of March for public sector employers), many commentators struggled to find any fresh insight in the results. Others noted that the gap, in many cases, had widened.

I believe there were some less obvious takeaways from the published figures, however, that highlight issues with the current legislation and how employers are approaching their reports.

Many leave it until the last week

Nearly 20% of companies reported in the last seven days before the annual deadline which suggests that, for many, it’s still a tick-box exercise with employers not having put in place a robust reporting process that ensures consistency and accuracy in reporting.

Furthermore, there are issues of statistical validity with some of the published figures. It has been suggested that at least 15% of companies reporting have statistically implausible data.

The Royal Statistical Society (RSS) has called for the government and other relevant agencies to revise their instructions to employers on how to calculate the median gender gap in hourly pay and pay quartiles. Another point worth noting is that as employers only upload the headline metrics there is no way of monitoring whether these were calculated correctly.

Last year the Equality and Human Rights Commission (EHRC), which is responsible enforcing the legislation, did follow up with some employers with potentially questionable outcome metrics. This year it will be interesting to see if it queries employers with wildly varying year-on-year figures – another sign that potentially calculations are awry.

Many avoid a link to their report

The other issue with late reporting is that it does not give employers time to analyse their results, let alone explain them and consider action plans.

This year, 26% of reporting companies provided no link on the government’s gender pay gap viewing service to a report. This is fewer than last year, when 31% provided no link, but does not really demonstrate improvement.

For many the link included on the government’s website was just a link to their website.
The EHRC said in a report published last summer that only one in five companies have put in place a gender pay action plan with specific targets. The report highlighted that:

The call for compulsory action plans is growing with a number of bodies stating that all employers should be required by law to publish a narrative report setting out the organisational context, current activity and future plans alongside their gender pay gap figures.

Interestingly, the Irish government’s gender pay gap information bill published in April 2019 does require compulsory reporting on the reasons for any gender pay gaps and the measures (if any) that the employer is taking to eliminate or reduce gender pay gaps.

It was hoped that the mandatory pay gap reporting would help increase transparency of all the factors underlying the differences in pay between men and women.

Of the six statutory metrics required under the UK GPG legislation it’s actually really only the proportion of men and women in each quartile of the organisation’s pay structure that gives meaningful insight into what they need to do to tackle pay gaps.

For many employers the top two pay quartiles remain resolutely populated by men and lack of female representation is the most oft cited reason for average pay gaps. There are more meaningful metrics that would allow employers to understand in more granularity where lack of equality in talent pipeline occurs as shown in the table below.

It requires employers to calculate a gender pay index using five indicators, including average pay gap by age cohorts, the gender balance of employees receiving annual salary increases, promotions and representation in the ten most highly paid individual and payment of salary increases to women returning from maternity leave.

Is it time to review the legislation?

So, is it time to review the legislation and give it more teeth? Indications are that this is not going to happen for a while.

In September 2018 the government’s response to Treasury committee’s Women in Finance report stated: “The legislation itself is ground-breaking, with no other country asking for this level of transparency, although we will review it in five years. The government believes that this is an adequate timeframe after which we will be able to properly evaluate the regulations and their impact.”

However, since then other countries have or are introducing more powerful legislation and many employers are still not addressing the underlying issues behind their pay gaps.

Without legislation driving employer action how long will it take to change the fact that, as a woman, you are more likely to be working for a company paying men more on average than women, and that more than a quarter of companies pay women on average over 20% less than men?