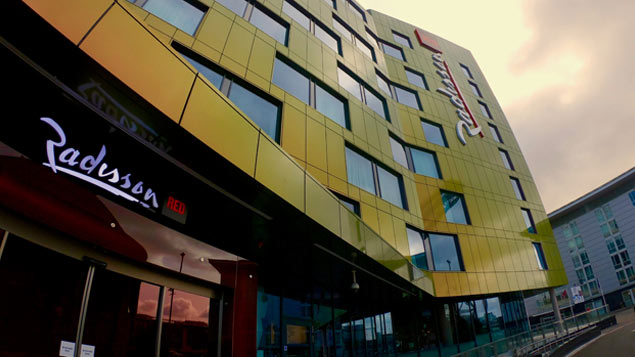 A bizarre job advert calling for “creatives” to apply for a role at a hotel chain attracted plenty of online attention last week, but not always for the right reasons. Dean Sadler looks at what recruitment teams can learn from the organisation’s unusual approach and why it might prove successful.

By now almost everyone would have seen the much ridiculed job ad for Radisson Red’s new hotel in Glasgow, which was shared widely on social media last week.

Generation Z want to work in a ‘fun’ environment

The quirky job listing has divided many; with people heading to Twitter to voice their distaste at the company’s bid to attract a millennial audience by attempting to look cool and different. For instance, it reads: “We connect with that ageless millennial mindset and believe that hotels can enhance their world via art, music, fashion and a distinctive connection. Radisson Red sees things differently. We name things differently! We don’t have ‘staff’ we have ‘creatives’ & ‘managers’ = ‘leads’.”

But in a competitive market where unemployment levels are at an all-time low and attracting the best talent is even harder than before, the hotel chain has got to be commended for its bold approach. Advertising a job in this way is a bit like Marmite: you’re either going to love it or hate it. But regardless of which side you’re on, it has presented some genuine lessons on candidate experience for hiring teams.

Making a good impression starts at the first point of contact. The recruitment portal or job ad is sometimes a candidate’s first interaction with a business and it tells the candidate about what the company does and what it stands for. Sure, Radisson Red’s ad is at the extreme end of personality, but a boring, staid job ad or recruitment portal isn’t going to have people knocking on its door.

I don’t believe Radisson Red’s ad is like this by mistake – I think it’s intentionally out-there because it wants to get noticed. How many times have you seen a job ad that could have been copied and pasted from one company to another?

We always advise clients to inject a bit of personality into their job postings. Whether the organisation is fast-paced, hard-working or customer-driven, getting across its culture is so important. Perhaps Radisson could have gone further, possibly turning the job ad into a video to show candidates why it is so crucial for it to have this type of millennial-focused worker?

Confusing job ads run the risk of alienating candidates, so organisations have to be very clear about what they are advertising. If it is hiring a project manager, then the advert should specify that it’s a ‘project manager’ role and avoid vague titles such as ‘lifecycle manager’ or ‘document controller’, or in Radisson Red’s case, ‘The Curator’ or ‘Creatives’ when referring to cleaners or chefs. Perhaps this is where the job ad falls down as it has led to some critical reviews of the company dressing up what are in fact low-earning, manual jobs.

We always advise clients to inject a bit of personality into their job postings.”

It’s important not to oversell job specifications. If a job is largely admin or manual labour-based, then be honest about that. Far too many companies fail to list this correctly, which can lead to low retention rates.

3. Recognise the importance of tech

Last year a role listed by a hospitality company on our ATS received 1,211 applications, and that was a job ad that didn’t go viral. Compare that to an average of 67 applications for a hospitality listing on our platform, and you can probably guess that Radisson Red’s recruitment team is going to be kept busy with the amount of candidate enquiries they receive as a result of this job ad.

Recruitment teams should be able to utilise tech where appropriate to speed up this process – in this case, having an ATS that can spot desirable traits. If Radisson is searching for applicants with that ‘wow’ factor, then they have to go beyond a CV application.

Technology can help hiring teams arrive at the human decision faster. Video interviews, for example, can help the hiring team spot the talent they desire with a faster delivery time than the standard CV application and then interview phase.

Radisson should be praised for trying something new. This job ad is an imperfect example of how recruitment teams are trying to push the boundaries to make better hires and offer a greater candidate experience.