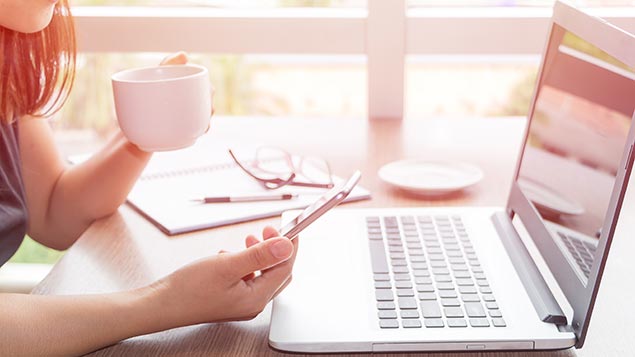 The fact that face-to-face learning is still the most popular form of training is no surprise, says Owen Ferguson, MD at GoodPractice: “It’s been consistent throughout the three reports we’ve done: they consistently rate face to face as more useful, more effective, etc. Why? I think probably because it’s comfortable and it’s what people are used to.”

However, the report, Learning Technologies: What managers really think, also found that e-learning had a far better reputation among managers than many might have assumed.

E-learning not being used effectively

How e-learning can improve staff retention

More than 50% of the 500-plus UK managers participating in the report reported good experiences with online learning, with more than 60% saying online learning had made a significant impact on their performance at work.

Managers of all ages stated that their online experiences were inspiring and engaging.

These findings came as a big surprise to Ferguson and the others involved in the research: “I think the most interesting thing for me is when we went in to look at our total stats we saw that actually e-learning was one of the highest performing types of content.”

E-learning is cited in the report as the third most useful learning option (86%), after instructor-led face-to-face training courses (92%) and coaching/mentoring (90%).

Instead, the report found that managers actually had a high opinion of e-learning, with a higher proportion of managers saying it was accessible than for any other learning approach they were asked about. And managers are most likely to choose e-learning as an option when they need to learn something specific, such as learning about a new system, process or procedure.

One form of learning that does have an image problem, according to the report, is mobile learning. It was considered to be the least useful of all the learning methods tested. Just under a third (29%) of managers said they hadn’t used the mobile learning solutions provided by their organisation at all.

Moreover, less than 3% of managers said they would choose a mobile learning option as their first choice of learning method in any situation.

GoodPractice says part of the reason that mobile learning has not yet taken off is that it always takes time for newer technologies to be accepted. They need to be successfully implemented and embedded in an organisation’s learning culture and that doesn’t happen overnight.

Ferguson says L&D needs to do a good PR job on mobile learning, but before it can do that, it needs to ensure that any mobile learning provided is fit for purpose. “There’s some work to do there to really persuade people that these new technologies can help them be more effective at work. And there’s quite a bit of polishing that we can do to the experiences that are being developed.

“There are a lot of terrible mobile apps out there that are being deployed in organisations. There is a scepticism about the new technologies because things have been launched that actually haven’t turned out not to be that great, despite the fanfare that surrounded them.”

Ferguson says that L&D has to be careful about just launching mobile apps and then not following them up to see how well they are working and how they could be improved. “Quite often they’ve been deployed and left, rather than deployed and nurtured and built upon,” he says.

Performance support tools didn’t fare very well in the report either. These provide employees with on-demand resources to improve skills while doing real tasks on the job, ranging range from print (for example, checklists) to wikis, animations, ebooks and PDFs. Although 71% of managers stated they were useful, such tools were highlighted as managers’ least preferred learning method for all scenarios, along with mobile apps and online groups and networks.

Although personal learning networks and social collaboration are much discussed and have become popular in the professional L&D community, the report found that managers did not rate their experiences of them very highly. The report found that just a fifth (22%) of managers considered them very useful and a little over a third (35%) felt they were useful.

In order to improve networks’ appeal and efficacy, GoodPractice says L&D needs to ensure certain key elements are in place: that there is a compelling purpose or reason for people to use them, that there is the right mix of experts and non-experts, that the content shared and created is of good quality and there is an agreed etiquette.

Accessibility and perception are key to encouraging people to start engaging with and using these technologies, says Ferguson. He adds L&D needs to break down barriers to adoption: “Removing friction to adoption is one of the absolute key things. I think we need to encourage role modelling and leadership and help managers get value from it. Deploying something and leaving it and saying ‘Sort it out yourself because loads of people use WhatsApp or Slack out in the consumer space’ is not going to work, because there’s an inertia in most people’s working places that has to be overcome.”