Embrace diversity or your bottom line will suffer 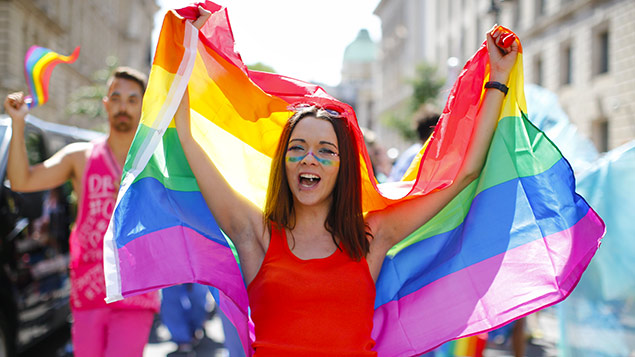 Nothing embodies the diversity of 21st century Britain like London’s Gay Pride Festival. Pride teaches us that we achieve more individually and collectively when we embrace difference. Ajit Menon examines how organisations can genuinely embrace diversity to build a better talent pool.

Research conducted by the Social Mobility and Child Poverty Commission in 2015 revealed that old-fashioned snobbery about accents and mannerisms was being used by top companies to filter out working-class candidates and favour the privileged.

It found that 70% of jobs offered by those firms in 2014 went to applicants from private or selective schools, even though such schools only educate around 11% of the population.

I recently witnessed a discussion about recruiting a potential candidate. One of the elements of the debate was the candidate’s ‘culture fit’. It was interesting to hear the arguments.

“He is too soft spoken and will not fit into our loud culture,” said one executive. Another pointed out that, “He does not seem very confident to take a stand” and a third one said, “I feel he will stick out like a sore thumb.”

All very valid points to make and leaders need to protect the integrity of their culture. However, when I saw the candidate that they finally chose, it was like looking in a mirror, an exact replica of others in the organisation.

This made me start thinking whether ‘culture fit’ has become an easy filter, a proxy for ‘You are not like us so we don’t want you’. After all, it is something that is felt and difficult to evidence but at the same time something that is really important to leaders.

So, when does ‘culture fit’ become a way for us to play out our unconscious biases? And, to build successful organisations, do we need people who challenge the culture and keep us honest?

Group psychology tells us that groups fight hard to reinforce and maintain themselves. Hence, the barriers to entry are high and membership is not easily accessible.

There is nothing wrong with a strong barrier to entry. It helps you maintain the standards you want. However, open your eyes and avoid homogenising your workforce. This will deprive you from benefitting from the multiple voices that diversity brings.

Diverse voices do not reinforce ‘more of the same’ and reduces group-think, a phenomenon that is rife in boardrooms and dangerous for organisational decision making.

Good decision making takes into account multiple viewpoints. A client of mine had instilled a practice in their culture where one person always took the position of a critical friend in meetings to provide an alternative view and to ensure that all possibilities were considered. There are arguments that these people are only playing a role. Adam Grant, professor in management at Wharton School, says: “Find people who genuinely hold different views and invite them to the conversation.”

For a long time, the popular discourse has been to hire people who will fit within your culture to ensure it is not diluted. One of my clients tells its new recruits to forget everything they have learnt before and start again. I’m not sure this is very helpful. While practices at other organisations may very well not be appropriate for you, it is important to see and hear new ideas and different points of view to be able to judge what will or will not work for you.

There is a lot of work done in the field diversity and inclusion. However, diversity for the sake of diversity does not work. Businesses need to embrace difference as a part of their culture and embody this in everything they do. So, don’t hire for ‘culture fit’. Rather, look for individuals who share similar values to you and who buy into the overall purpose of your organisation but who think differently.

That way you will have access to a wider talent pool of people who do not necessarily fit the mould. They will challenge and push the boundaries of your culture and whilst this sounds terrifying, you can rest assured that their motives will be in the best interest of your organisation, as they will be doing it in service of your purpose.

Homosexuality was not a part of our ‘culture’ in the past and we persecuted gay people and excluded them from mainstream society. As we have accepted and opened up to the LGBT community it has made Britain stronger society on the world’s stage with different and multiple voices at the table.

As London gears up for Pride over the weekend it’s a reminder to businesses to really challenge their beliefs around hiring for ‘culture fit’ in order to build commercial success.

One Response to Embrace diversity or your bottom line will suffer