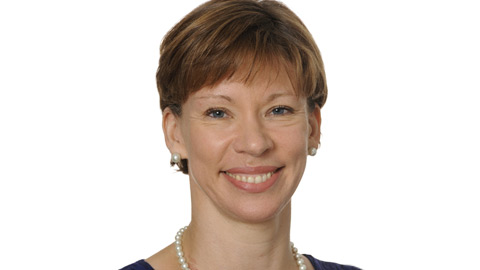 The Government intends its new legislation to come into force in September, but many employers, workers and unions feel that trading shares for loss of employment protection is not a good idea, say solicitors Gillian Chapman (pictured above) and Mirit Ehrenstein.

Finally, after twice rejecting the Government’s legislation introducing the new employee- shareholder status, the House of Lords voted through the proposals on 24 April 2013. This new employment status could come into force, as intended by the Government, in September this year.

Under the new rules, employee-shareholders will give up certain statutory employment rights – such as the right not to be unfairly dismissed – in return for shares in their employing company worth between £2,000 and £50,000, any gains on which will be exempt from capital gains tax (CGT) when sold.

The story so far

It has been far from plain sailing: the proposal was first announced by George Osborne at the Conservative Party conference in October 2012. He hailed it as a way of introducing flexibility for employers and encouraging employees to have a stake in the business for which they work, while providing them with a tax break. It will, he hopes, promote growth by encouraging small, fast-growing businesses to hire new employees by reducing the risks and administrative burdens of doing so.

The reaction from both employers and workers has, however, not been enthusiastic. The unions in particular have serious concerns. Employees dislike the loss of some basic employment rights including: protection from unfair dismissal; the right to a redundancy payment; the right to request flexible working or time off for training; and a different regime for early return from maternity leave.

Depending on the type of employer, the focus of the criticism has differed. Entrepreneurs are concerned that significant employee shareholding could make management decisions more difficult and do not necessarily wish to share the rewards of business growth or any level of corporate control with employees. Established businesses have focused on the potential difficulties of having staff with different employment rights and the effect on trust between the public, employers and employees. Their message has been that employee share ownership, while laudable, should not be linked to reduced employment rights.

When the Government consulted on the proposals, the vast majority of those who responded were not in favour of changing employment rights and 81% thought that limiting unfair dismissal rights would not have any impact on recruitment. Some 67% thought the proposals would have no benefits except for “unscrupulous employers”.

Some of the shine has also been taken off the “carrot” of having shares worth up to £50,000. Employees are not permitted to pay for the shares, so income tax and national insurance will be due on their value – in so far as it exceeds £2,000. But if the business does badly the employee may end up with valueless shares and no job – and no redundancy or unfair dismissal rights either. There will also be valuation issues for shares of start-up companies, and so it could be complex to set up and have the effect of increasing administration.

It is increasingly looking likely that the new employment status may be used primarily by entrepreneurs for their senior management to take full advantage of the CGT exemption offered on shares, which in start-up companies may be valued just at face value – but could later increase exponentially. Commentators have justifiably asked whether this sector, with its complex tax-planning possibilities, even needs a further tax break.

The Lords revolt and the Commons respond

Some of the most vociferous criticism has come from the House of Lords, culminating in its double rejection of the proposals before finally accepting them, having extracted a number of concessions from the Government that are intended to protect prospective employee-shareholders.

The legislation now requires that individuals receive a written statement with full details of both the employment rights they will not have and the rights and restrictions attaching to their shares: for example dividends, voting, winding up, redemption, how different classes of shares are treated and transfer restrictions. There will also be a seven-day cooling-off period.

In addition, before entering into the contract, the individual must take advice from a “relevant independent adviser” – such as a lawyer, a union, the Citizens Advice Bureau or law centre – and the employer has to pay the reasonable costs of that advice, whether or not the employee accepts the role, which again increases administration and costs.

This could cause problems where legal advice is sought generally on the new contract; it could lead to arguments about whether the employer should reimburse some or all of the costs where the advice covered the employee-shareholder status, especially where the role was not taken up. There may also be tax issues around the employer paying the costs.

Will it take off?

The legislation has made it to the statute books, but its tortuous route through Parliament can hardly be encouraging for the Government. It is not at all clear how many companies will want to take advantage of the new employee-shareholder status.

As one member of the House of Lords put it: “I have yet to meet an employer who thinks that it is appropriate to reduce employment rights in return for sharing in growth in the future.”

Those that do implement it will need to navigate carefully round the statutory protections introduced at the last minute, as well as the intricacies of handling the employment and shareholding rights.