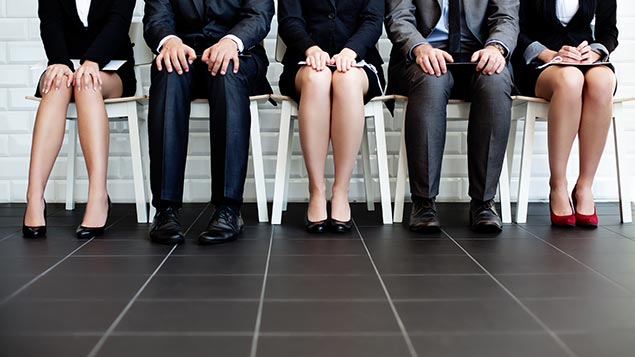 Research from the CIPD reveals a sharp rise in the number of UK employers turning to the skills of young jobseekers, giving a welcome boost to the thousands of new graduates and school leavers entering the recruitment market this summer.

The Labour Market Outlook survey for summer 2015 shows that the number of employers planning to hire more apprentices and school-leavers has increased sharply since last year.

Time off for study or training: young persons

One-third (33%) of companies currently reporting having hard-to-fill vacancies expect to recruit more apprentices – a notable increase from 22% in 2014.

Just over a quarter (26%) predict that they will hire more graduates, and 12% plan to employ more school leavers (an increase of one-third from the 9% recorded in 2014).

The CIPD noted that these findings help to explain the latest Office for National Statistics data, which shows that the employment rate for 16- to 24-year-olds not in full-time education has risen to 74.3%, a level not seen since 2008.

Gerwyn Davies, CIPD labour market analyst, noted: “After a long, dark decade, the prospects for young people are finally looking brighter. The tightening labour market is undoubtedly encouraging more employers to turn to a wider range of younger recruits. However, it is also due to a recognition among a growing number of employers that they need to develop talent to limit the potential for future labour shortages and pay pressures.

The increase in the number of high-quality apprenticeships and the ongoing recruitment pressures faced by employers should mean that the pathway to sustainable employment will be within the reach of more young people.”

The report also highlighted a contrasting picture for wages. While some workers in the year to June 2015 have received above-inflation pay increases (almost a quarter of employers gave an increase of at least 3%), almost one-fifth of employers froze workers’ pay.

Only 16% of employers said that they had increased wages in response to recruitment challenges. In the next 12 months, one-fifth of employers, mainly drawn from the private sector, say that their organisations will award a pay increase of 3%, while 14% are planning to freeze pay.

Davies commented: “At one end of the spectrum, workers in occupations where there are skills or labour shortages and thriving sectors such as finance and construction seem likely to get pay increases well above current inflation. However, at the other end of the scale, many workers in areas such as manufacturing and public sector, are seeing only a very modest increase in living standards.

In between, the bulk of workers will continue to see moderate growth in their pay packets but, with inflation expected to stay low, they should still feel the benefit of any increases.”

This research comes alongside a CV-Library report claiming that many UK recruitment professionals are questioning the value of a degree in the current job market. More than half (50.8%) of the 700 experts surveyed in the industry admitted that, if they had their chance again, they would choose not to go to university.