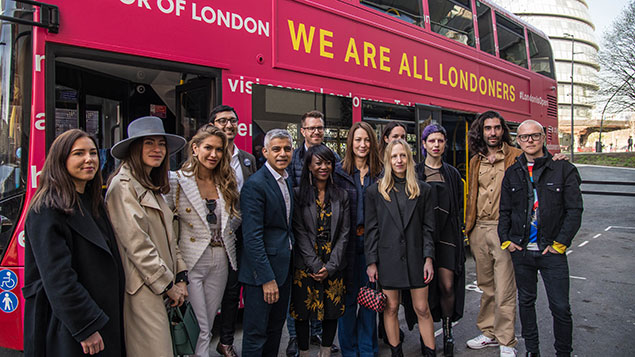 The EU settled status scheme is facing an uncertain future after strong criticism by MPs, the uncertainty over the political leadership of the UK and Brexit policy. Immigration expert Chetal Patel believes that despite the instability, businesses are left with little choice but to plan on the basis that the scheme is here to stay.

Despite the Home Office recently hailing it as a success, there is growing concern that the EU settled status scheme, which relies on automated data checks, is not fit for purpose. Some candidates for the Conservative Party leadership, among them Michael Gove, have even suggested they would overhaul it and install a declaratory scheme so that EU citizens resident in the UK before the 2016 referendum can remain without applying.

While the application process for EU settled status appears to be straightforward, there are deeper lying problems, as MPs on the House of Commons Home Affairs committee recently highlighted.

Some individuals affected by Brexit are refusing to co-operate and engage with the scheme as they feel that they already have the required status to be in the UK and shouldn’t have to apply for a new status. A proportion of such people work in important roles, in the NHS for instance, so this is a serious issue.

The unfortunate reality is that if those concerned don’t apply under the scheme or seek an alternative immigration status to be in the UK, they are the ones who will lose out as they won’t have the correct documentation to confirm their status. This could have a domino effect on an individual’s right to live and work in the UK and could cause headaches for employers as they are left without key staff.

Insufficient evidence to confirm residency in the UK can also lead to refusal. But what specific reasons can the Home Office cite for such an outcome? The most common ground for a refusal is probably a criminal offence. If an individual has a serious criminal record, they’re unlikely to apply via the scheme assuming they know their application will be checked for criminality on databases.

On the other hand, if an individual fails to disclose a less serious criminal offence, such as an old driving offence, they could fall into the trap of failing to disclose information or provide misleading information and this could be another ground for refusal.

There is a “whole government” approach (this is Home Office language) with the sharing of intelligence across different government agencies, which means that activities such as illegal working are getting picked up.

As part of the online automated data checks, the Home Office is conducting checks with HMRC and the Department of Work and Pensions. If an individual is flagged in one of their databases, it may lead to a tax enquiry for those who haven’t paid tax on all of their earnings.

From my experience, employers are keen to help their staff protect their status in the UK and the Home Office’s published Employer Toolkit raises awareness of the scheme, including, how to apply.

First off, employers need to know who is affected by Brexit.

It’s not too late for employers to provide support now, if they haven’t already done so and the type of support can vary in nature.

Organisations ought to hold group briefing sessions for those affected by Brexit. An immigration lawyer may lead the sessions and this will be of benefit to employers as they can navigate staff through the process and answer specific immigration questions raised. HR may be present in the sessions and if they aren’t, consideration needs to be given as to whether information disclosed by staff as part of the sessions is disclosable to employers and if it is, this should be communicated to staff attending the sessions.

Remember you can provide your staff with general information about the eligibility process. But it’s important to note that an individual may commit a criminal offence if they provide immigration advice and are not authorised to do so. Upon indictment an individual could face a prison sentence of up to two years and/or an unlimited fine. The impact of such a criminal offence could cause employers reputational damage. It could also affect an individual’s ability to act as a director and/or act as key personnel on a sponsor licence, or even regulatory action.

No physical documents are being issued to confirm EU settled status something that could become a serious issue for both staff and employers. This was an area picked up on by the Home Affairs Committee MPs.

Firstly, people like to have a physical document confirming their status, something that’s tangible and in their hands. Secondly, while employers can check an individual’s EU settled status via the Home Office’s online checking service, there is a concern that if an individual doesn’t have the correct documentation confirming their right to work in the UK, they will be discriminated against by employers and may not be given employment or, for those in a job, their employment may be terminated.

Put simply, the Home Office cannot afford to ignore the lessons of the Windrush scandal and suffer the resulting reputational damage.

Chetal Patel is a partner at Bates Wells. She has a particular interest and expertise in sponsor-related matters. She regularly advises organisations on Tiers 2 and 5, assisting with immigration audits and providing guidance on HR processes
View all posts by Chetal Patel →
Previous Article
Next Article