With so much uncertainty over Brexit persisting, it is no wonder that businesses feel forced to rapidly accelerate their no-deal planning.

However, within such plans, employers may be failing to predict how their workforce will respond to this significant disruption. Many employers operate on the assumption that their employees will loyally knuckle down during times of confusion and disruption, in order to protect the business and their jobs. The evidence suggests this is far from being the case, however.

One of the most profound effects of the Brexit process has been social division. The narrow margin by which the referendum vote was settled, coupled with protracted post-vote negotiations, has created a polarised social climate, fuelled in part by divisive public debates on key issues such as migration or nationhood.

Ultimately, a wider lack of social cohesion does not stop at the door to the workplace: if potent enough, it will always “carry through” into an employee’s approach to work.

In fact, according to historical analysis from Gartner, two key trends are likely to occur in the face of business disruption:

One of the clearest reasons why a drop in employee engagement occurs during times of disruption is that workers become more risk-averse. Although executives want to believe that during periods of disruption their employees will “lean in” and help the business push through, the reality is that employees “lean out,” becoming more cagey about their business environment.

Part of this “leaning out” stems from issues around recognition, compensation, and job security. Following the financial crisis of 2008, employees’ need for recognition increased considerably as they grew anxious about their roles in a disrupted economy.

Between October 2008 and March 2009, the percentage of employees citing “managers recognising performance” as one of their top five most important employment value proposition (EVP) attributes rose by 15% (Managing in the Downturn: Four Imperatives to Drive Employee Innovation and Performance, Gartner, 2010). 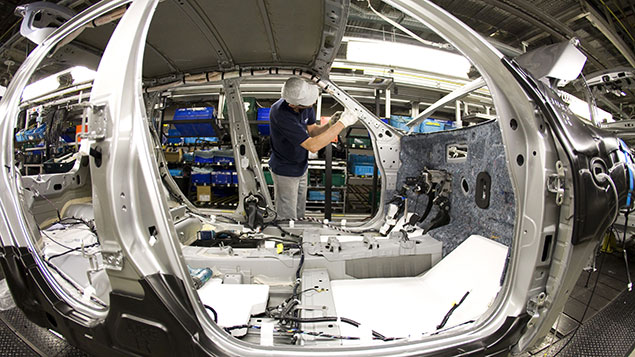 There may be a fall in engagement among staff at firms disrupted by Brexit. Photo: Rex/Shutterstock

Most organisations will naturally ask more of their most trusted, high-potential employees during tough straits, to ensure the best work is safely handled. Unfortunately, however, this increased workload often goes unrewarded.

While executives are occupied by the need to mitigate external pressures, the engagement levels of these high-value employees never recover. Under more pressure – yet without increased compensation or assurances of job security – one in four high potentials will leave their employer during periods of major disruption.

This stark finding is supported by current data showing that, globally, workers are becoming less intent on staying in their current positions. Research from Gartner in 2018 showed a decline globally in employees’ intent to stay in their current positions (only 53% of workers in Q3 compared with 60% of workers in Q1). This marked the fifth consecutive quarter that intent to stay had declined globally.

While executives are occupied by the need to mitigate external pressures, the engagement levels of these high-value employees never recover

In order to mitigate the risks of a high-potential exodus, employers and HR leaders should focus on redefining their strategies to engage and retain employees. It is vital that organisations do not lose sight of the drivers most commonly influencing employer value propositions (EVP): work-life balance, future career opportunity, and compensation. Ultimately, the departure of high-potentials is evidence of employers’ failure to provide what current – and future – employees value most.

One of the most prevalent (and underestimated) responses during periods of significant business disruption is the increased likelihood of employees to lie, cheat and steal. Indeed, analysis from Gartner shows poor behaviour increases by up to 33% during times of major disruption (Preparing for the Turnaround: Engaging the Workforce for Future Growth, Gartner, 2009).

Like declines in employee engagement, such spikes in negative behaviour were witnessed during the global financial crisis: observed employee misconduct rose by a third, between the first and third quarters of 2008. This behaviour can range from employees stealing merchandise or faking injuries, to submitting false expense reports and trading inside information. From a HR perspective, this trend shows a worrying deterioration of organisational values and ethics.

To counteract this rise in misconduct, managers must do more to demonstrate and communicate their organisation’s values and ethics on a personal, “lived” basis. It is vital that managers work with their partners in HR to embrace role-modelling behaviours, such as highlighting ethical best-practices, communicating values, or monitoring external employee communications.

This behaviour can range from employees stealing merchandise or faking injuries, to submitting false expense reports and trading inside information

Correcting behaviour in the moment can also be powerful in practice – although managers must be especially cautious that this is done in direct cooperation with the organisation’s HR function, so as to determine the appropriate solution for a particular issue.

When Gartner recently interviewed one UK-based banker, for their thoughts on Brexit preparation, they stated that such preparation was “no different from the daily analysis we do on our portfolios anyway”. Fundamentally, this is a best-practice representation of how organisations should prepare themselves for the periods of potentially massive disruption ahead.

Business leaders must ensure processes are built into their day-to-day business operations, which allow the monitoring of disruption, and its impacts. At a base-level, this means proactive engagement with all business functions, including HR, IT, finance, operations and others, to create a “management command centre” of sorts, charged with quickly addressing the changing concerns of an unsettled workforce.

Ultimately, employees will feel most secure if their business leaders champion composure, pragmatism, and quick thinking in the face of uncertainty.

Brian Kropp is chief of HR research at Gartner

Waning interest in roles once held by EU...

City relocations due to Brexit fall over pandemic