Facebook snooping on candidates? GDPR could put a stop to that 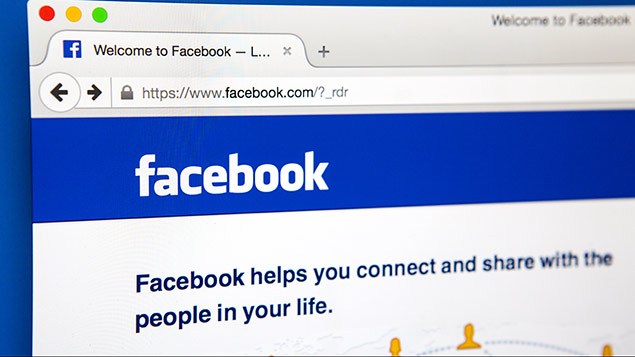 Employers who snoop on potential job candidates on social media could soon be breaking the law under GDPR. Ed Stacey, head of employment at PwC Legal, looks at the potential risks of screening future employees in this way.

Guidelines published earlier this month by EU data protection agencies have proposed that employers should have a legal justification before checking the social media accounts of their current or prospective employees.

How to start preparing for GDPR

Webinar: Get ready for the GDPR

In particular, they have suggested that such checking should be necessary and relevant to the performance of the employee’s job.

While this is not currently required under UK or general EU law, these guidelines are likely to be used in the interpretation of the General Data Protection Regulation (GDPR) that comes into force next year.

According to a number of surveys, the majority of employers in the UK admit to reviewing social media accounts of prospective employees and it is likely that these surveys actually underestimate its prevalence.

So, why do employers choose to undertake these social media checks? For many it is to ensure that there is no online evidence of past criminal behaviour, drug taking or other illicit activities.

However, where should employers draw the line? Many people will have photos of themselves in their social media accounts drinking and partying with friends.

The question is whether this is relevant to the role that they will be undertaking. Some employers might argue that it displays a lack of judgement when the individual could have chosen to keep these photos on a private rather than public setting.

The person making the judgments about the social activities of prospective employees should also be careful to avoid imposing their own personal social code that may be significantly more conservative than average.

Doing so puts the employer at risk of a lack of diversity in the people that it employs.

As explained above, there is no legal restriction on reviewing an applicant’s social media accounts but there are some legal risks in doing so.

If an applicant is rejected and they subsequently learn that their account has been reviewed prior to that rejection, it may give the candidate the ability to argue that the reason for their rejection was on discriminatory grounds.

For example, their social media account may have made it clear that they were gay, that they followed a particular religion or were planning a family. Even where the employer’s decision was not based on any such factor, it creates a risk for the prospective employer.

Given that younger people will be more likely to have social media accounts than older people, it also presents a risk of the review being indirectly discriminatory on grounds of age.

Where the employer can point to a specific reason why they need to undertake the review that would objectively justify doing so then they would be able to defeat such claim but, again, it is placing the employer at heightened risk.

Acas has issued guidance on the use of social media in recruitment which says that employers should consider how they will reach the pool of candidates not using social media; whether it is fair to assess candidates differently depending on whether they have an accessible online profile; and whether using social media to target low skilled workers will be successful given that they may not use this media in their roles.

So having a single policy in relation to social media checking across all vacancies in the organisation may be inappropriate in any event.

Finally, can the use of social media lead to mistakes creeping into the recruitment process? It is probably fair to say that less rigour is generally applied in verifying what is said online than in checking a written CV.

In terms of the position for current employees, there may be contractual provisions that specifically allow employers to review the social media accounts of their employees.

With or without such provisions, employers must ensure that the company brand is not being damaged by employees, for example if they are publicly criticising customers.

They may also want to protect against the risks of cyber bullying between colleagues. Some companies will also check their employees’ social media accounts when they have taken sick leave to check the validity of that.

A final area for consideration is when employees are leaving an employer.

Many employers will review their social media accounts (again particularly those used for business purposes such as LinkedIn) to ascertain if they are undertaking any activities before or after their departure that may place them in breach of their contractual obligations, for example not to target customers.

There may be no current plans to make the scrutiny of social media accounts unlawful, but it is clear from the guidelines and the underlying risks that employers are best advised to carefully consider the justifications for reviewing the social media accounts of both prospective and current employees.

While there are clearly some legitimate reasons to do so, employers should do this while fully aware of the risks this could present.