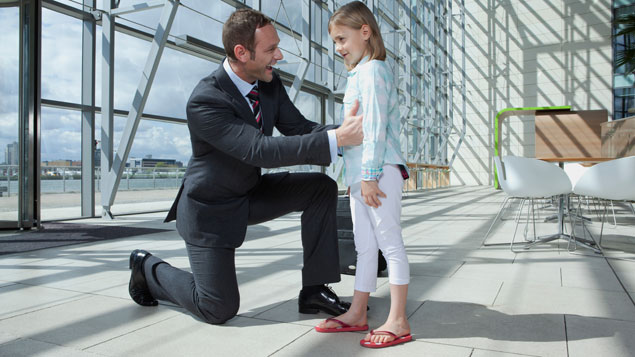 Families transferring to the UK from overseas could face extra charges, which employers may decide to reimburse
Image Source/REX/Shutterstock

April 2017 sees another set of changes to immigration rules, including the Immigration Skills Charge and changes to minimum salary thresholds. Kerry Garcia and Kate Fellows-Tully explain the key points to look out for.

The headlines may be focused on the fact Article 50 will be triggered on 29 March, starting off the process towards Brexit, but just a few days later employers should also brace themselves for another set of changes to immigration rules.

These changes mean that from 6 April 2017, it will become far more costly to sponsor migrants from outside of the European Union under Tier 2 of the points-based system.

There are several important changes that take effect from April 2017, which will make it more expensive and administratively burdensome to sponsor non-EEA migrants.

These changes will affect all Tier 2 sponsors, but particularly those companies which transfer non-EEA nationals from overseas offices to the UK under the Intra-Company Transfer, or ICT, route.

Employers wishing to sponsor non-EEA workers in the UK will have to pay a new Immigration Skills Charge of £364 for small or charitable employers or £1,000 for large employers.

For Home Office purposes, an organisation is regarded as a large employer if its annual turnover is in excess of £10.2 million, or if it has more than 50 employees.

This skills charge is payable upfront in respect of each year of the visa or leave to remain required for the main applicant.

So if, for example, a large employer sponsors an employee under Tier 2 for five years, this will add a further £5,000 to the cost of sponsorship. Applications for PhD and graduate trainee roles will be exempt from the charge, however.

This category is for migrant workers with an offer of a skilled job from a licensed employer which cannot be filled by a resident or EEA worker. On the plus side, the minimum salary threshold for new entrants remains at £20,800 per annum.

In most cases, before sponsoring an employee under Tier 2 (General), the employer must carry out the resident labour market test, which means advertising the position for at least 28 days in accordance with strict Home Office requirements.

At present, if the individual will earn over £155,300 per annum, the employer is exempt from the test. However, from April 2017 this threshold will increase and the employee will have to earn at least £159,600 per annum.

4. Transferring employees within the same company or group

The minimum salary threshold for migrants coming to the UK from an overseas branch of the same group of companies under the ICT route will increase to £41,500 per annum.

This will potentially have a significant impact on employers that currently transfer a large number of employees from overseas offices to the UK for periods of less than 12 months.

Previously, these individuals would have applied under the ICT (short-term staff) category and the minimum salary threshold that applied would have been £30,000 per annum.

The closure of the this sub-category also means that, from April, accommodation allowances may only form a maximum of 30% (rather than 40%) of the total salary package for all ICT workers, meaning employers may have to consider increasing salaries.

A further April change is that ICT migrants will no longer benefit from the current exemption from the Immigration Health Surcharge.

Both the main applicant and their dependants will have to pay £200 per year of their visa or leave to remain.

This is payable upfront and would cost a family of four on five-year visas £4,000. The employee usually pays this surcharge at the time of submitting their application, but in many cases the employer then reimburses them.

If the employer does this, it is regarded as a benefit in kind for tax purposes, so migrant employees should be made aware of this.

In future, there may be additional changes that will increase costs further. Visa and leave to remain extension application fees are also likely to increase from 6 April, as this has been the case in previous years. The minimum salary threshold for certain roles may also increase.

The Government has indicated that the purpose behind these changes and the cost increases is to try to deter UK employers from hiring non-EEA nationals and to encourage UK employers to focus on recruiting from the UK workforce.

However, in many cases employers have struggled to find talent from within the UK or EEA and have had to resort to hiring overseas nationals.

This may well become an even more significant issue for employers if, following Brexit, they are unable to recruit easily from the EEA. It is no wonder that many employers are wondering whether the UK is really “open for business”.

That said, there are some positive changes to take effect from April.

The salary threshold for senior employees coming to the UK under the ICT route who are able to extend their total stay in the UK under this category to up to nine years (instead of the usual five years) is being reduced, from £155,300 to £120,000 per annum.

Helpfully, the current requirement for employees from overseas offices transferring under the ICT route to have at least one year’s experience is being removed, provided that the individual is paid £73,900 per annum or more.

This means employers could potentially transfer senior employees recruited overseas to the UK shortly after their employment begins.

Finally, where a role supports the relocation of high-value business to the UK (capital expenditure of £27 million or creating at least 21 new UK jobs), employers will not have to conduct the resident labour market test before hiring a Tier 2 migrant – which may be of benefit to a small number of employers.

About Kerry Garcia and Kate Fellows-Tully