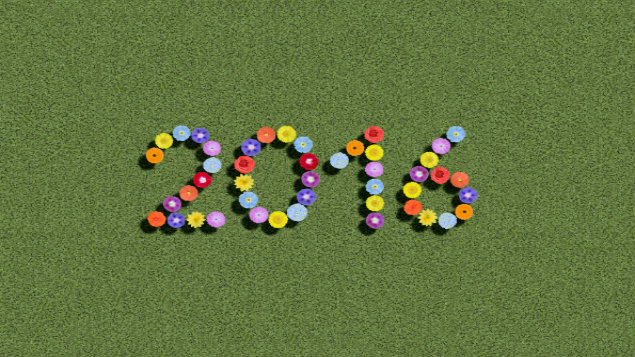 We round up five significant employment law decisions that have been made so far this year, and look at five more important judgments expected before the end of 2016.

So far in 2016, there have been notable employment law cases on: holiday pay; childcare vouchers; social media at work; fraudulent sick leave; and reasonable adjustments for disabled people.

Lock and another v British Gas Trading Ltd (No.2) (EAT)

This Employment Appeal Tribunal (EAT) decision is the latest in a long line of cases on how employers should calculate holiday pay.

The EAT agreed with the employment tribunal that the Working Time Regulations 1998 can be interpreted to require employers to include a worker’s commission payments in the calculation of his or her holiday pay.

HM Revenue & Customs (HMRC) advice has traditionally been that it is unlawful for an employer to make the suspension of childcare vouchers scheme membership during maternity leave a prerequisite of joining.

Official HMRC guidance stated that “non-cash benefits, such as childcare vouchers that can be used only by the employee and are not transferable…must continue to be provided during ordinary maternity leave and additional maternity leave”.

Peninsula’s childcare vouchers scheme was the subject of a legal challenge because its scheme requires employees to agree to suspend their membership during maternity leave.

An employment tribunal decision that Peninsula’s childcare vouchers scheme was discriminatory was overturned by the EAT. The EAT found that employers that make deductions from an employee’s salary in return for childcare vouchers do not have to continue to provide the vouchers during maternity leave.

Monitoring emails in the workplace

In this Romanian case, the European Court of Human Rights (ECHR) examined the scope of employees’ right to a private life in relation to social media activity.

An engineer who was dismissed for using Yahoo Messenger to chat with his family, as well as professional contacts, challenged his employer’s actions as a breach of the European Convention on Human Rights.

However, the ECHR held that the employer’s actions were justified because it was seeking to verify that the employee was using his work computer and social media account for work purposes only.

This case will now go to the ECHR’s Grand Chamber. The hearing is scheduled to take place on 30 November 2016.

4. Misconduct dismissal for “pulling a sickie”

This case provides a valuable recap for employers that suspect that an employee is faking illness.

The EAT affirmed that an employee who makes up, or exaggerates the effects of, an injury or illness to take fraudulent sick leave is fundamentally breaching the implied term of trust and confidence and can be dismissed for misconduct.

This case reiterates for employers that “pulling a sickie” is a misconduct, rather than a capability, issue. This means that a dismissal for fraudulent sick leave must be based on reasonable grounds, following a reasonable investigation.

When considering the duty to make reasonable adjustments, employers need to pay particular attention to disabled workers’ hours of work.

In this case, the disabled employee believed that he was disadvantaged because there was an expectation in his workplace that employees work late, even though there was no strict requirement to do so.

In upholding the reasonable adjustments claim, the EAT held that working late does not have to be presented as an instruction to cause a disadvantage.

In practice, workplaces can put pressure on employees to conform, even if there is no written rule or direct management instruction.

The EAT held that allegations about accounting malpractices that affected the bonuses and commission of 100 senior managers were made in the reasonable belief that they were in the public interest.

The Government changed whistleblowing laws in 2013 to provide that a disclosure is not protected unless the employee reasonably believes that the disclosure is being made “in the public interest”.

This was to prevent workers using the legislation to make protected disclosure claims in relation to complaints about their employment contracts.

However, the EAT in Chesterton set a low bar for the “public interest” test, with a worker whose contract is potentially being breached able to raise concerns about the issue as long as the worker reasonably believes that it is “in the public interest”.

The Court of Appeal is expected to hear the appeal in this important whistleblowing case on 11-12 October 2016.

2. Equal pay in the private sector

Around 7,000 claimants are bringing a group equal pay claim against Asda in the employment tribunal.

The employees contend that historically work done in the retail stores has been perceived as “women’s work” and thought to be worth less than work in the distribution depots, which was traditionally viewed as men’s work.

Asda’s application to have the employment tribunal proceedings stayed indefinitely, compelling the claimants to pursue their case in the High Court, has been comprehensively rejected by the Court of Appeal.

This means that this large equal pay case, which is unusual because it is against a private-sector employer, will continue to proceed through the employment tribunal system.

3. Religious dress in the workplace

Perhaps the biggest employment case law controversy of 2016 so far came with the Advocate General’s opinion in Achbita on when employers can ban religious dress, including Muslim headscarves (hijabs).

The Advocate General in the Belgian reference in Achbita suggested that an employer can ban a Muslim woman from wearing an Islamic headscarf on the basis of maintaining its religious and political neutrality.

However, another Advocate General in the French reference in Bougnaoui thought that an employer cannot have a blanket ban on religious dress purely because neutrality is required or a client or customer objects.

The full European Court of Justice (ECJ) judgments in both cases will decide which Advocate General is right. No date has been set for the decisions.

Further ahead: employment law decisions due in 2017

R (on the application of Unison) v Lord Chancellor and another Final legal challenge to employment tribunal fees expected to be heard in Supreme Court in late 2016, with judgment due in 2017.

Chief Constable of West Midlands Police and others v Harrod and others Court of Appeal hearing due to take place on practice of police forces requiring police officers to retire “in the general interests of efficiency”. Hearing scheduled for 31 January/1 February 2017.

BT Managed Services Ltd v Edwards and another Permission has been granted for an appeal in this TUPE case about whether or not a permanently incapacitated employee transfers. The case is listed to be heard on 16 or 17 May 2017.

The legal challenge by Uber drivers, who are regarded by Uber as self-employed, is a high-profile employment law case in 2016.

The test employment status case will determine whether Uber drivers are self-employed or workers.

If they are found to be workers, Uber would have to provide its drivers with basic workers’ rights, such as the national minimum wage and holiday pay.

In Essop, the Court of Appeal held that it is necessary in indirect discrimination claims for the claimant to show why the provision, criterion or practice has disadvantaged the group and the individual claimant.

In Naeem, the Court of Appeal held that the existence of a non-discriminatory reason for Muslim prison chaplains being paid less than their Christian counterparts defeated an indirect discrimination claim.

The appeals in Essop and Naeem are expected to be heard together in the Supreme Court later in 2016.