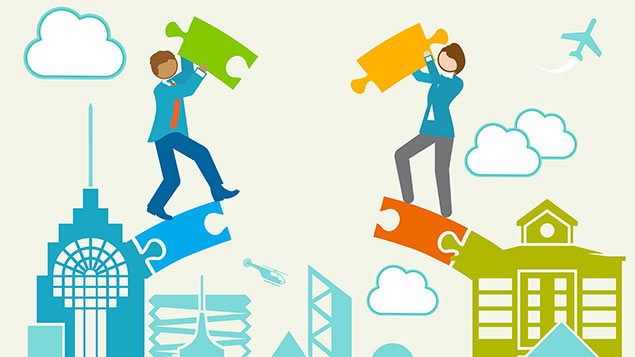 Tackling the gender pay gap involves more than simply looking at pay. For those employers who are committed to substantively reducing their gap, be prepared for this to take time and resource. Although there may be some quick wins, in most cases this is a long-term process.

In Scotland, larger public-sector organisations have been reporting their gender pay gap since 2013. Even the most dedicated have said that it is challenging to reduce it – this is a marathon, not a sprint.

The causes of a gender pay gap are a complex mix of work, society and the family, so employers will only be able to influence some factors.

How to tackle a gender pay gap

The information that will be obtained by following the statutory gender pay gap reporting process is limited. Employers must decide whether or not to go further and carry out more in-depth data analysis to gain a more detailed picture of pay, distribution and progression within their organisation.

A useful further step may involve carrying out a review of pay by grade; this will provide a far more illuminating “like for like” comparison. It can also help to present an employer’s position far more favourably. We have seen a gender pay gap figure calculated at company-wide level fall from 17% to 2% when viewed at grade level.

Once an employer has this increased visibility and greater understanding of why they have a gender pay gap, they are better placed to develop action plans. Although there are many ways to tackle this, there are four key areas for employers to focus on.

If an employer has concerns around pay – for example, they have a higher than sector average gender pay gap figure, or a grade level review indicates that men and women are paid different rates for the same work – it should review pay practices more generally, such as looking at pay levels for external recruits and the procedure for pay reviews.

It may also consider an equal pay audit. However, remember that the gender pay gap is not the same as unequal pay. If you have more men at the top of an organisation, you will have a gender pay gap, but it does not necessarily indicate that this is because of unlawful pay discrimination.

Even rectifying an element of pay discrimination identified will only form part of the solution. We are aware of employers who have taken positive steps to “equalise” pay disparities, but doing so has made only a marginal reduction in their gender pay gap.

Employers who decide to carry out an equal pay audit should take legal advice on the recommendations to try to ensure the findings are legally privileged.

The requirement under the gender pay gap Regulations to report on the distribution of men and women in each quartile of a workforce will help employers understand female distribution in their workforce.

In some sectors, a key issue is low levels of female participation. Employers in these areas should review their recruitment practices; for example, are roles targeted at male candidates? Is the literature equally attractive to male and female candidate?

Employers should also consider unconscious bias training for those involved in recruitment – the results can be surprising. Those with significant under-representation issues, may wish to make use of the positive action provisions within the Equality Act 2010. These are not single sex quotas that we hear mentioned in the media; they are more subtle and legal advice is advisable.

As a first step, it is worth measuring how many men and women work flexibly at different levels of an organisation. It is often perceived that more senior roles are not suitable for working on some form of reduced hours or flexible basis; but employers must test this perception.

Increasing the availability of quality part-time or flexible arrangements at senior levels has been shown to help women progress to senior levels.