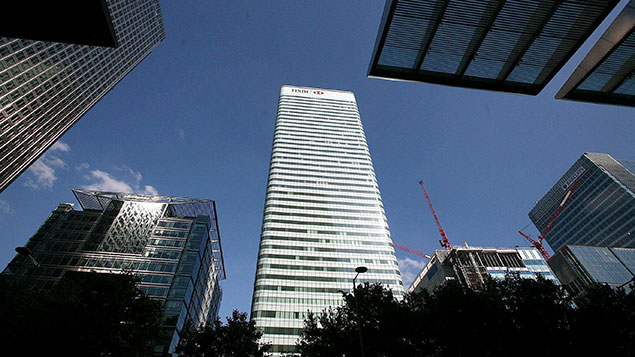 HSBC has reported a 47.8% median hourly pay gap between men and women, the highest among financial services companies to report their gender pay gap so far.

As gender pay gap reporting hits its third year, an analysis by the BBC of financial services employers reveals that, of the financial and insurance companies that have reported so far, the average gender pay gap in the sector has risen to 23.1% from 22.2% two years ago.

According to the Office for National Statistics, the median hourly gender pay gap across all sectors is 17.3%.

The BBC’s analysis of bonuses in financial services shows that the average gap between men and women is 37.7%, up from 35.3% two years ago.

In the narrative accompanying its figures, HSBC said it was committed to increasing the proportion of women in senior positions, with a target of 30% by this year. It also highlighted its Accelerating Female Leaders programme, and 50/50 graduate gender hiring split.

The gender pay gap in its retail banking arm was much smaller, at 18.7%.

The BBC’s analysis also found that Lloyds Banking Group and Santander’s UK retail operations have closed their gap by more than 2% , but are still above the sector average at 40.5% and 26.6% respectively.

Today also saw the publication of a survey by City recruiter Morgan McKinley, revealing that 58% of female professionals in the UK feel their gender has prevented them from progressing in their careers.

According to the company’s Gender Equality in the Workplace report, only 25% of women think salaries are truly equal, while 61% of men believe men and women are paid equally.

The survey also found that 63% of men feel their employer does enough to ensure gender equality, versus only 32% of women.

Darren Burns, operations director at Morgan McKinley UK, said that gender equality at work was a deep-rooted issue that was “clearly still some way off from being completely rectified”.

He added: “This research suggests companies have progressed, but it’s worrying to learn that there isn’t a level playing field in terms of equal career development opportunities. How can we ever solve an issue that involves different parties if one side does not believe there is a problem, or only sees it as a minor issue, while the other side perceives it as a large, continuing problem?”