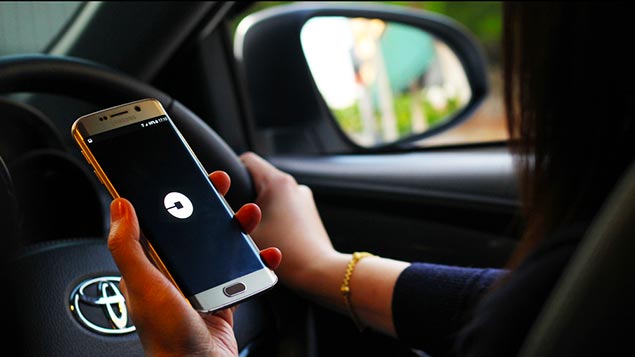 Using anonymised data supplied by Uber, the Oxford University study of 1,001 drivers found that three-quarters had a lower total income than the median London worker. Most of those surveyed said they valued flexibility more than a fixed salary and hours with the data showing that drivers often alter their working hours from week to week.

Last year, Andrew Byrne, Uber’s head of public policy, told MPs that drivers were earning £15 an hour before costs and that three-quarters of them relied on Uber as their sole source of income, with a quarter driving for 40 hours a week. MPs said this made them effectively full-time employees. The company takes up to about 25% of each fare.

The report found that about half of Uber’s drivers saw their incomes increase after ‘joining’ the company and that they had a higher than average level of job satisfaction but also higher levels of stress.

The majority of the drivers were first generation immigrants, often from ethnic minority backgrounds. Most said their previous job had been a permanent one and half said their income had increased since starting driving for Uber.

Uber UK general manager Tom Elvidge said in response to the findings: “It’s encouraging that drivers make more than the London Living Wage and want to keep the freedom of being their own boss, but we know there’s more to do.”

Researchers went beyond income to examine drivers’ sense of wellbeing. Their findings would be a surprise to many, showing a higher level of “life satisfaction and worthwhileness than other London workers”, according to co-author Dr Carl Benedikt Frey. Drivers were asked four questions about wellbeing, looking at life satisfaction, happiness, anxiety and whether the things they did in life were worthwhile.

Dr Frey, also co-director of the Oxford Martin Programme on Technology and Employment, said: “Whether money can buy happiness is a much-debated question. If income levels are the prime determinant of people’s wellbeing, one would expect Uber drivers to be much less satisfied with their lives relative to the general London population. Yet we find the opposite to be true. Uber drivers report higher levels of life satisfaction and worthwhileness than other London workers.”

Running counter to this, however, was the finding that Uber drivers reported a higher level of anxiety than London workers in waged employment. This was considered consistent with previous studies that revealed that self employed workers were more satisfied with their lives but experienced more negative emotions.

Dr Thor Berger, co-author of the report, said: “The subjective wellbeing among Uber drivers is highly polarised between the majority of drivers that have clear preferences for flexible work and the minority that do not. The study shows that drivers who value a flexible working arrangement report higher levels of life satisfaction and worthwhileness. In contrast, the minority of drivers who would prefer to work fixed hours in a more conventional work arrangement exhibit lower levels of life satisfaction and higher levels of anxiety.”

Berger added that the findings were an initial step towards a wider understanding of the gig economy and that a future area of research was why people transition into working in the gig economy. “We know driver demographics vary widely country by country, which themselves have widely varying economic conditions and rates of unemployment.”

One Response to Gig economy: Uber drivers earn above the London Living Wage